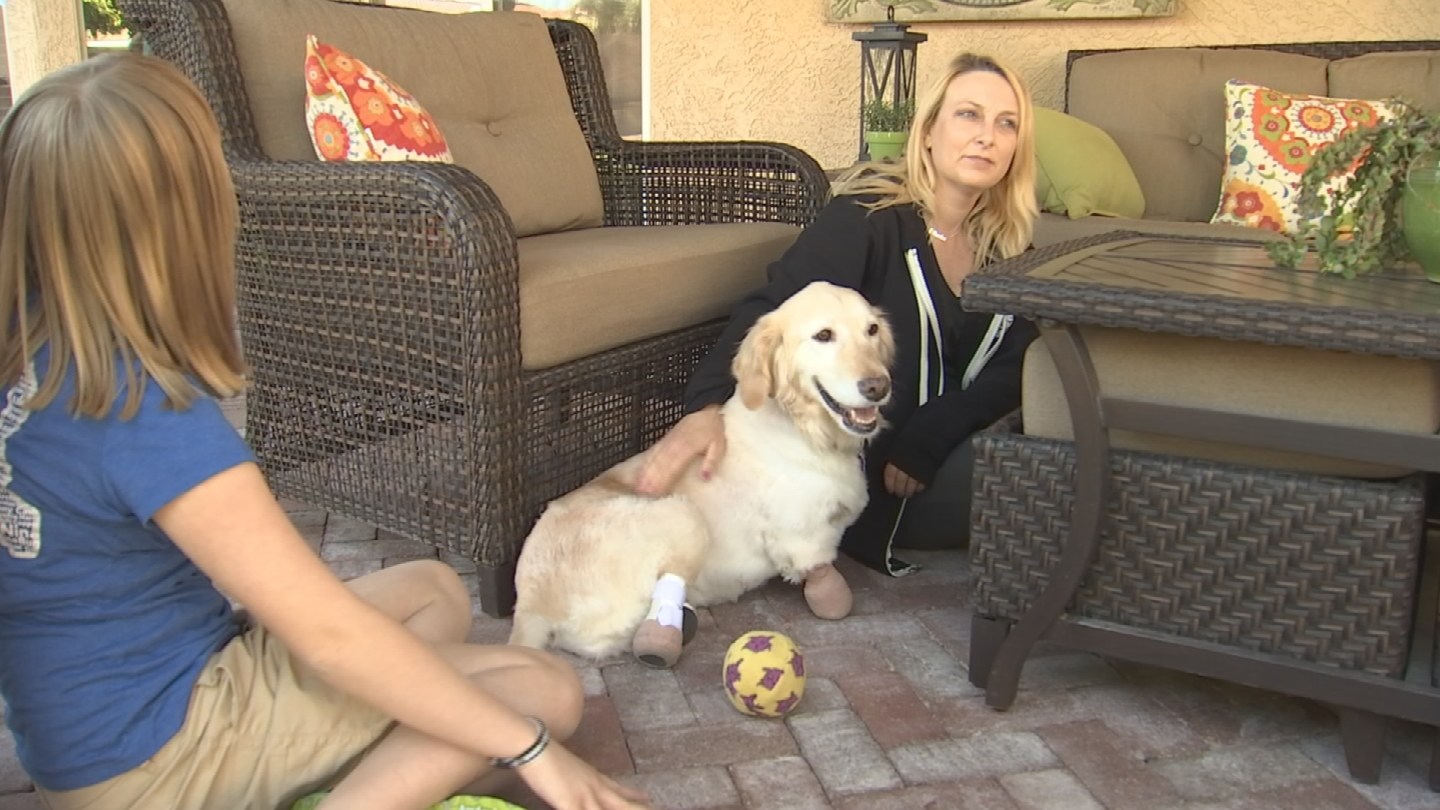 PHOENIX - A rescued golden retriever mix believed to have been raised for meat in South Korea and then discarded in the trash arrived in Phoenix over the weekend, bound for a wildly different life than the brief one apparently destined for it in Asia.

Two-year-old ChiChi was found in a trash bag in South Korea, CBS Phoenix affiliate KTVK reported, and subsequently nursed back to health.

She was believed to have been hung upside down by her keepers overseas as she was prepared to be harvested for her meat.

A family in Phoenix stepped forward to adopt her, and drove her to Arizona Saturday night following her brief layover in Los Angeles.

The Howell family of Phoenix found out about ChiChi through Animal Rescue, Media & Education, which is the parent company of the Beagle Freedom Project, where they got their two beagles.

"We saw a post about her on social media and started following her story really closely after that," Elizabeth said. "And we expressed an interest in adopting her."