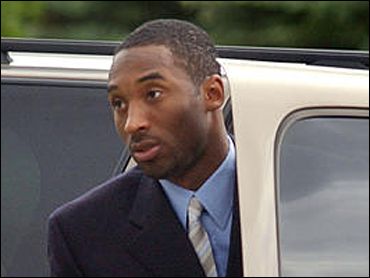 The judge in the Kobe Bryant sexual assault case indicated Tuesday he wants to settle a First Amendment fight with the media by releasing at least some details from a closed-door hearing on the accuser's sex life and other potential evidence.

Prodded by the U.S. Supreme Court, District Judge Terry Ruckriegle ordered prosecutors and defense attorneys to work together on proposed deletions in transcripts from the June 21-22 hearing. He asked for the edited copy and the attorneys' reasons for keeping anything sealed by late afternoon Tuesday.

The judge did not indicate whether or when he might release details from the hearing.

The transcripts were mistakenly e-mailed to The Associated Press and six other news organizations by a court reporter last month, prompting a contempt of court threat from the judge for anyone who released the details.

No organization has published the contents, but the media groups challenged Ruckriegle's order as an unconstitutional restraint on a free press. Late Monday, U.S. Supreme Court Justice Stephen Breyer rejected a media request to overturn the order, but said the situation could be resolved by releasing the transcripts.

"We're happy that there's movement toward releasing some of the material — we don't know how much — but we believe there's still a vital principle at stake that isn't addressed by this `solution,'" said Kristin Gazlay, the AP's deputy managing editor for national news. "We would of course want to see what material is released before making any decision on whether to take further legal steps, but our biggest concern here is protecting the media's First Amendment rights."

Besides the AP, the documents were mistakenly sent to The Denver Post, the Los Angeles Times, CBS, Fox News, ESPN and the television show "Celebrity Justice."

Bryant, 25, has pleaded not guilty to felony sexual assault. He has said he had consensual sex with the woman, then 19, at a Vail-area resort where she worked and he was a guest. If convicted, the NBA star faces four years to life in prison or 20 years to life on probation, and a fine up to $750,000. His trial begins Aug. 27.

As attorneys in the case reviewed Ruckriegle's order, two attorneys for the accuser — Lin Wood and John Clune — were also meeting to discuss developments in the case. In the past week, the judge has cleared the way for the defense to use sensitive and potentially embarrassing information about her at trial.

Specifically, Ruckriegle said Bryant's attorneys can present evidence and witness testimony about the accuser's sex life in the three days before her hospital exam. The defense wants to use the information to undermine her credibility and bolster its claim that her injuries could have been caused by sex with someone other than Bryant.

A spokeswoman for prosecutors said they spoke with Bryant's 20-year-old accuser Friday after the ruling, which will allow the defense to argue that her injuries could have been caused by sex with someone other than Bryant during the week of their encounter.

"We're still planning on moving forward toward a trial," said the spokeswoman, Krista Flannigan. "She still has strong resolve to move forward."

The ruling was such a "devastating" blow to the prosecution that CBS News Legal Analyst Andrew Cohen wrote they should drop the charges.

The defense claims the woman had sex with someone in the 15 hours after she left Bryant and before she contacted authorities, a charge Clune has denied.

Wood and Clune were not immediately available to comment on their meeting, but prosecutors said Monday the woman is still determined to go to trial.