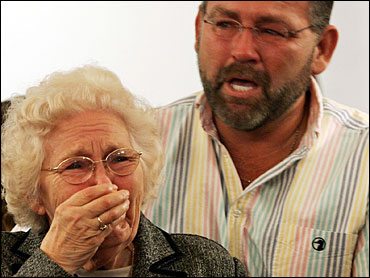 New York, seeking to regain the World Series title it failed to retain, gained one of the top leadoff hitters and speed threats in the game. Knoblauch joins a potent lineup that already includes Bernie Williams, Tino Martinez, Paul O'Neill and Derek Jeter.

"It's going to be a big help to us to get a solid leadoff hitter and a guy that controls the infield real well at second base," Yankees outfielder Darryl Strawberry said after working out Friday at Tampa, Fla. "He does so many things. He's a very versatile player. To get him to the ballclub is going to be a big plus for us."

The Twins, who may move to North Carolina after the season, have just one player left from their World Series championship team in 1991: pitcher Rick Aguilera.

Minnesota was 58-94 last season, finishing 18 1/2 games out of first. Only two AL teams had poorer records.

Knoblauch, a four-time All-Star, had asked for the trade, not wanting to play for a low-salaried team with little chance of winning.

"I had to do the best I could under the situation," Twins general manager Terry Ryan said. "When you go public with a trade demand it's very difficult to do anything."

"Until you see what these kids do you aren't going to be able to evaluate this trade," Ryan said. "It might be five years. It might be three years. We do know what we traded."

As last season progressed, there was a perception that Knoblauch was moody and detrimental in the Twins clubhouse.

"I'm not attributing our lack of chemistry to Chuck," Ryan said. "Chuck gave us a lot of talent, a lot of production and a lot of numbers. But it's very apparent that he didn't want to come back, so there's something wrong."

Both teams waited Friday for acting commissioner Bud Selig to give his approval, necessary because of the cash involved. Selig finally called Steinbrenner about 4 p.m. EST.

With 21 players signed and using the arbitration midpoints for Bernie Williams and Andy Pettitte, the Yankees' payroll stands at $61,833,333, not including $6.6 million in payments to Oakland (Kenny Rogers), San Francisco (Charlie Hayes) and Minnesota.

"George gives us the opportunity to take things to a level," said Brian Cashman, who replaced Bob Watson as general manager this week.

"There's never really been a budget since 've been here," said Cashman, in the organization for 10 years. "Certainly there's parameters. But he's always given us an opportunity to come to him and say we need help."

Knoblauch earns $6 million a season and has four years remaining on a five-year contract. Because he was traded during a multiyear deal, he has the right to demand a trade after the season.

New York is expected to negotiate an extension in exchange for Knoblauch waiving the trade-demand right.

"This is something we have time to deal with," Cashman said.

Minnesota will replace Knoblauch with Todd Walker, a disappointment as a rookie last season after moving from second base to third.

"I think this'll be a relief that he'll know where he's going to play," Ryan said. "I think this'll give Todd confidence, if we show confidence in Todd that he can take this position and play second base on a daily basis."

Milton, who started at Class A last season and wound up at Triple-A, threw for 15 minutes off a bullpen mound Friday morning at the Yankees minor-league complex.

Written by Ronald Blum AP Sports Writer
©1998 The Associated Press. All Rights Reserved. This material may not be published, broadcast, rewritten, or redistributed