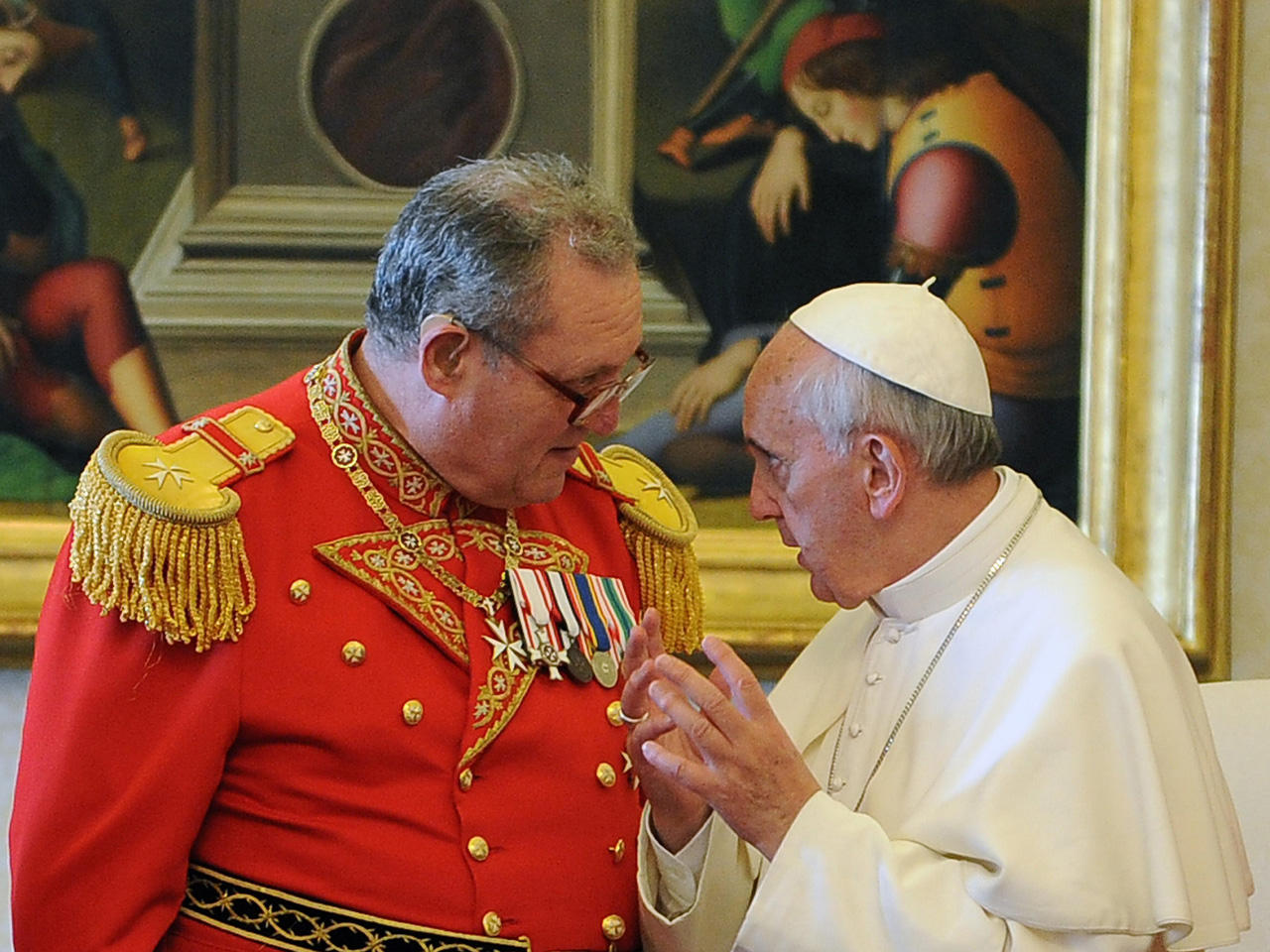 VATICAN CITY  - The head of the embattled Knights of Malta is seeking to discredit a Vatican investigation into the removal of a top official over a condom scandal, insisting that he followed the rules in the dismissal.

In the latest development in the remarkable showdown between the ancient Catholic lay order and the Holy See, Fra’ Matthew Festing explained and defended his actions in a Jan. 14 letter to the Knights’ membership.

“Suffice it to say, whilst I was trying to enjoy a peaceful Advent and Christmastide, I have barely been able to concentrate on anything else,” he wrote. “It has been extremely tiring and I am sure many of you have had your Christmases disturbed by similar preoccupations.”

Festing said he was only protecting the order’s sovereignty in refusing to cooperate with a commission appointed by Pope Francis to investigate the ouster of Albrecht von Boeselager.

Boeselager was removed as the order’s grand chancellor on Dec. 8 after refusing Festing’s order to resign over revelations that its charity branch distributed condoms in Myanmar under his watch. Church teaching forbids artificial contraception; Boeselager has said he stopped the programs when he learned of the condom distribution.

Festing also sought to discredit Francis’ commission, saying there were “serious accusations of a conflict of interest” involving three of its five members. The three, he said, were linked to a Geneva-based fund in which the Knights had a financial interest and therefore couldn’t be trusted to address the spat objectively.

He didn’t elaborate. The National Catholic Register has reported that three of the commission members were involved, along with Boeselager, in a $118 million bequest to the order that was brought to the Vatican’s attention in 2014. Festing said he had decided to launch an internal inquiry into the bequest.

Boeselager has appealed his dismissal to the Knights’ internal tribunal, arguing that Festing made a series of procedural errors that invalidate the decree he issued.

In his letter, Festing acknowledged there was “originally some debate about the legality of the process.” But he insisted that “numerous sources,” particularly the Knights’ in-house counsel, have said the correct procedures were followed.

Independent of the legal maneuvering, Francis appointed the commission after Boeselager said he had been told that the Holy See wanted him to resign. The Vatican secretary of state has since said the pope wanted nothing of the sort and wanted the dispute resolved through dialogue.

The Knights’ remarkable defiance to the pope has taken on particular resonance because Francis’ ambassador to the order - responsible for relaying his wishes - is Cardinal Raymond Burke, a hardliner on sexual ethics and leading critic of Francis.