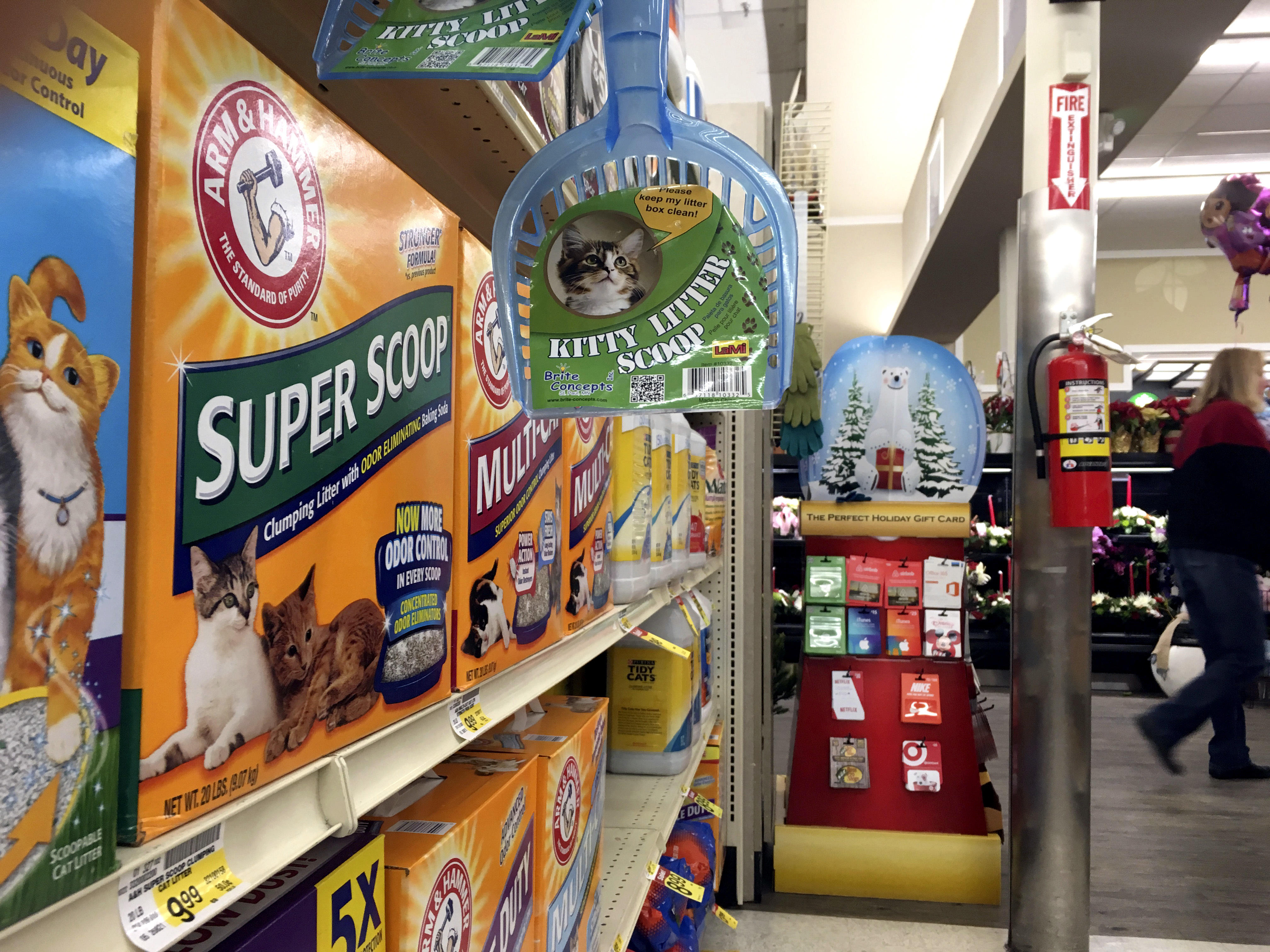 CHEYENNE, Wyo. -- The market for a peculiar type of clay is looking up thanks to improved prospects for oil and gas drilling and to cat owners who use the stuff to soak up their pets’ business.

Over 90 percent of all bentonite mined in the U.S. and almost half worldwide comes from beds of ancient volcanic ash in Wyoming. Some call bentonite the mineral of 1,000 uses: It clarifies wine and other alcoholic beverages, forms an impervious liner to keep landfills from leaking, removes ink during paper recycling, and goes into a slew of homeopathic remedies.

But two of the biggest uses are in kitty litter and drilling mud, the goop pumped down oil and gas wells during drilling to keep the bit cool and carry cuttings to the surface.

“I’m not going to hex it by saying that I think it’s going to be a lot better, but we expect a better year than we did last year,” Magstadt said.

Bentonite assists drilling because of a property called thixotropy, which causes drilling mud to liquefy in the friction of drilling and solidify when the motion stops.

“The pet litter industry has been very steady,” Deti said. “That’s a remarkable thing that I don’t think people realize. We’re kind of like the pet litter capital of the world.”

Drilling mud accounts for the largest portion of Wyo-Ben’s business, while kitty litter and environmental lining round out the company’s top three markets, Magstadt said.

Other bentonite mining and processing companies focus almost exclusively on kitty litter, and business has been steady, said Tom Thorson, president of Black Hills Bentonite, which gets 80 to 90 percent of its business from Clorox and other companies that make kitty litter.

Bentonite kitty litter isn’t terribly kind to the environment because it comes from surface mines and flushing the stuff, which can absorb up to 10 times its weight in water and swell up to 16 times its original size, isn’t a good idea. Bentonite-based kitty litter - millions of tons a year - takes up space in landfills and doesn’t decompose.

But alternatives, such as corn-based litter, haven’t really caught on despite growing demand for environmentally friendly pet products, said Shannon Brown, an analyst with the market research firm Packaged Facts.

Cat owners often find that biodegradable kitty litters, which can be quite a bit more expensive, doesn’t work as well as bentonite-based litters, she said.

“They either don’t like them or their cats don’t like them. And so, in many cases, people will try them and then just go back to their standard, clay litter,” Brown said.

Recently the U.S. Bureau of Land Management approved Wyo-Ben’s plans to expand a bentonite pit near Thermopolis in north-central Wyoming. It was a rare bit of good news for Wyoming’s mining industry, hit hard by a downturn in coal and a recent BLM coal-leasing moratorium.

Wyoming, the top coal-mining state, produces about as much coal in four days as the state’s nine bentonite mines do all year. The 4.3 million tons of bentonite mined nationwide last year was down 10 percent from the year before, according to the U.S. Geological Survey.

Bentonite mining and processing continues to employ almost 700 people in Wyoming, thanks in no small part to cat owners.

“It doesn’t sound that sexy, but it’s good for business,” Magstadt said.

Who is Aleksandr Kogan?