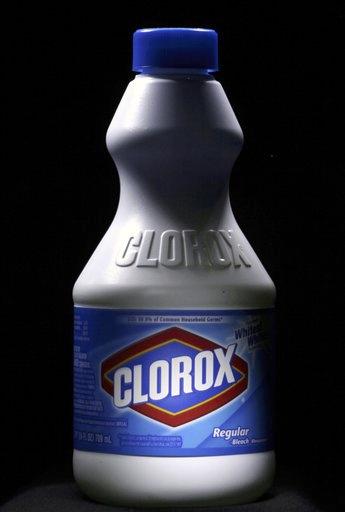 Clorox Co. failed to clean up in its second quarter but says it sees better times ahead as it expands its product lines, controls costs and raises prices.

The maker of cleaning products, Hidden Valley Ranch salad dressing and other products reported Friday that its net income slid 81 percent on softer sales and a charge to write down the value of its Burt's Bees business.

Revenue declined for both Clorox's cleaning and household segments.

The cleaning business dealt with lower shipments of wipes and other disinfecting products, as concerns about the swine flu virus, which boosted last year's results, evaporated.

The household segment, which includes bags and wraps, charcoal and cat litter, was pinched by higher promotional spending on Glad products and price cuts on litter.

One bright spot was the lifestyle business, which reported a 3 percent revenue increase. The segment was helped by both Hidden Valley Ranch and Burt's Bees.

The net income decline was no surprise. Last month, Clorox lowered its guidance for the quarter on the Burt's Bees writedown, a hit from the devaluation of Venezuela's currency and higher spending on trade promotions, among other factors.

Clorox wrote down the value of Burt's Bees, acquired in 2007 for $925 million, because the personal-care brand was growing less quickly than projected. Clorox noted at the time that Burt's Bees was still the fastest-growing part of the company.

"I want you to know that I'm certainly not ... satisfied with declining sales and margins we've seen during this time," CEO Don Knauss told investors Friday. "And while we can't control things such as the timing of global pandemics like H1N1 or the overall health of the economy, there certainly are a number of things that we can impact."

Clorox is pinning its future on innovation, including new products for its Clorox brand, and cost-cutting.

The company said it gained market share in nearly all of its segments during the year and is banking on further growth. Clorox is also looking to its strong lines, such as Burt's Bees, which it acquired in 2007 for $925 million, to drive further growth.

Clorox also joined other consumer products makers in saying it would raise prices to cope with higher costs for ingredients. Clorox raised prices on trash bags in August because of higher resin prices and said more increases are likely.

The company lowered its guidance for the coming year, saying it expects to earn $3.85 to $4 per share on an adjusted basis. This is down from the $4.20 to $4.35 per share expectations that it set in November. Analysts had expected $3.99 per share for the year.

The company maintained its guidance for full-year revenue to be flat to up 1 percent.

Skidmore reported from Portland, Ore., and Chapman from New York.