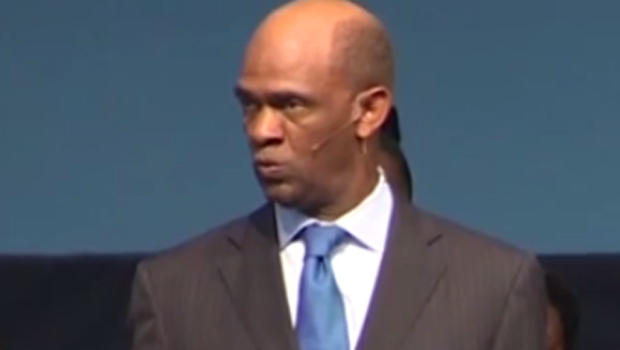 SHREVEPORT, La. -- A federal grand jury has indicted a Houston Texas pastor and a Louisiana financial planner with bilking investors out of more than $1 million.

U.S. Attorney Alexander C. Van Hook said in a news release Thursday that a 13-count indictment was handed up against 64-year-old Kirbyjon Caldwell, of Houston, and 55-year-old Gregory Alan Smith, of Shreveport. They're accused of wire fraud, money laundering conspiracy to commit those two offenses.

According to the indictment, Caldwell used his influence as pastor of Windsor Village United Methodist Church, a prominent Houston church, and Smith used his influence as operator and manager of Smith Financial Group LLC, in Shreveport, to lure investors to pay more than $1 million for Historical Chinese bonds that aren't recognized by China's current government and have no investment value.

The bonds were issued by the former Republic of China prior to losing power to the Communist government in 1949, reports CBS Houston affiliate KHOU-TV.

The indictment says Caldwell and Smith promised high rates of return and, instead of investing the funds, used the money for personal loans, credit card balances, mortgages, vehicles and other expenses.

The rates of return that were promised were as high as three-to-15 times the value of the investments, KHOU says, citing the indictment.

Smith and Caldwell could face up to 20 years in prison and fines as high as $1 million if convicted.