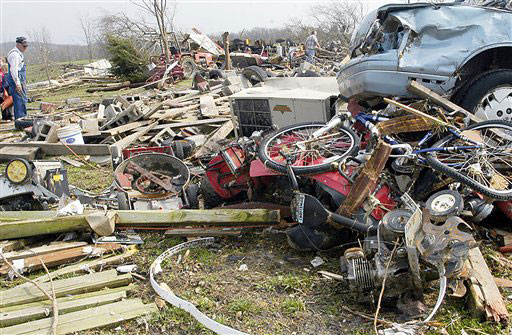 The Los Angeles Kings and San Jose Sharks did not have to be reminded about the significance of Saturday's game. The winner would regain sole possession of the Pacific Division lead.

The Kings got two power-play goals from Glen Murray in a 4-1 victory and withstood a furious second-period assault by the Sharks with the help of goalie Jamie Storr.

"I don't know what it is. We just know it's a big game," Murray said. "We get up for the games, just like they do, but we've improved a lot from last year. Maybe we can go into San Jose and steal a couple there, too."

Donald Audette scored the go-ahead goal, and Bryan Smolinski had three assists for the Kings, who have beaten the Sharks in each of their last five meetings.

"We haven't particularly played well against them," Sharks defenseman Jeff Norton said. "I don't know why, but today we came out in the first period and it looked like we were on our heels. It was a big game and we should have been more prepared."

Jeff Friesen scored a power-play goal for the Sharks, who have won only two of their last nine overall.

Playing in front of their fourth sellout crowd at Staples Center

and the first to witness a victory the Kings regained the lead at 17:06 of the second period on Audette's 10th goal of the season and the second of Smolinski's three assists.

The eighth-year center has had at least one assist in six straight games and a total of 13 over that spa.

"We've been skating with each other since the start of the season, so we know each other's tendencies and we know where the other guy's going to be," Murray said. "I've already told Brian that he's turned into Wayne Gretzky. He's got to set up Donald and me all the time, so no more goals for him."

Smolinski helped set up the Kings' second goal by working the puck free from Norton at the red line. He then faked a shot to elude Patrick Marleau and fed Murray at the left of the crease. Murray shoveled it in front and Audette redirected it past Steve Shields for the Kings forward's third goal in 11 games.

"I'll take the responsibility on that one. I should have made a smarter decision there," Norton said. "I'm a defenseman and I should have been back. In retrospect, I tried to make something out of nothing when I probably should have just thrown it into their zone. We got caught up ice and they capitalized on it."

Ian Laperriere drew a roughing penalty against Andy Sutton behind the San Jose net, resulting in the first power-play goal by the Kings in a span of 30 opportunities.

Smolinski got a return pass in the right corner from Aki Berg, then sent the puck into the slot with a nice touch-pass. Murray beat Shields through the pads with a one-timer from 25 feet at 4:37 of the first period to open the scoring.

Murray scored the Kings' third goal and his ninth of the season with 10:06 remaining, capping his second two-goal performance in three games following an eight-game drought. He beat Shields high to the glove side after Audette spotted him all alone in front from the left circle while Niklas Sundstrom was off for hooking.

"We made two mistakes killing penalties and they scored on both of them," Sharks coach Darryl Sutter said. "Both of them were the result of penalties we didn't have to take. They were the difference."

Friesen, who limped to the bench with less than four minutes left in the first period after taking a shot off his leg by Berg, scored the tying goal on a rebound of Brad Stewart's backhander from the slot at 12:31 of the second.

It was the only blemish in an otherwise perfect outing by Storr, who made 18 of his 33 saves in that period and improved his record to 6-2-1 after missing the previous game with a pulled groin.

"Jamie was very solid for us in the second period when San Jose had us under pressure," Kings coach Andy Murray said. "We watched him at practice the last couple of days. He hd been getting therapy and he said he had felt pretty good."

San Jose was outshot 14-4 in the first period, the ninth time this season they had fewer than five shots during a period. The Kings enjoyed a 10-0 advantage through the first 11:20 of the contest, before Alexander Korolyuk recorded San Jose's first shot on net with a wraparound attempt that Storr smothered.

Ziggy Palffy scored his 12th goal for the Kings into an empty net with one second remaining.