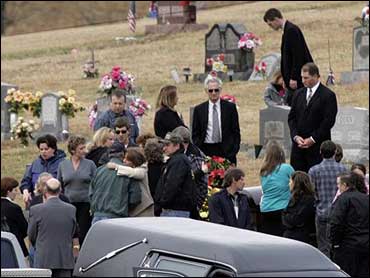 Sandy Moger scored the go-ahead goal with eight minutes remaining and Russ Courtnall scored a pair of unassisted goals, one shorthanded and the other into an empty net, as the Los Angeles Kings beat the New York Rangers 3-1 Thursday night.

Stephane Fiset made 24 saves, helping the Kings beat New York for only the third time in their last 16 meetings (3-12-1). Mike Eastwood scored for the Rangers, who remained four points behind the idle Buffalo Sabres for the eighth and final playoff spot in the Eastern Conference.

The Kings, who haven't surrendered a third-period goal in their last four games, regained the lead moments after Brian Leetch inadvertantly threw the puck into the middle of the Kings' zone and Moger intercepted the errant pass. Moger skated across the New York blue line and beat Mike Richter to the glove side with a 25-foot slap shot from the right circle.

For the second time in the Kings' last two home games, Courtnall opened the scoring with a shorthanded goal. Matt Johnson was serving an interference penalty when Rangers defenseman Bruce Driver backpedaled into his own end with the puck and threw it right onto Courtnall's stick.

The 15-year veteran right wing, who wasn't offered a contract by the Rangers at the end of last season and signed with the Kings as a free agent on Nov. 7, swooped in on Richter and beat him between the pads 4 ½ minutes into the game. Courtnall scored again in the final minute for his fourth goal in four games and seventh of the season.

Eastwood tied it at 5:45 of the second period, converting a rebound for his fourth goal after Fiset stopped Doug Lidster's shot.

Luc Robitaille, who spent the previous two seasons with the Rangers before returning to the Kings in a trade for Kevin Stevens, was honored in a pregame ceremony at center ice for recording his 1,000th NHL point mark on Jan. 29 against Calgary. It happened just seven nights after the Rangers' Pat LaFontaine reached the same milestone.