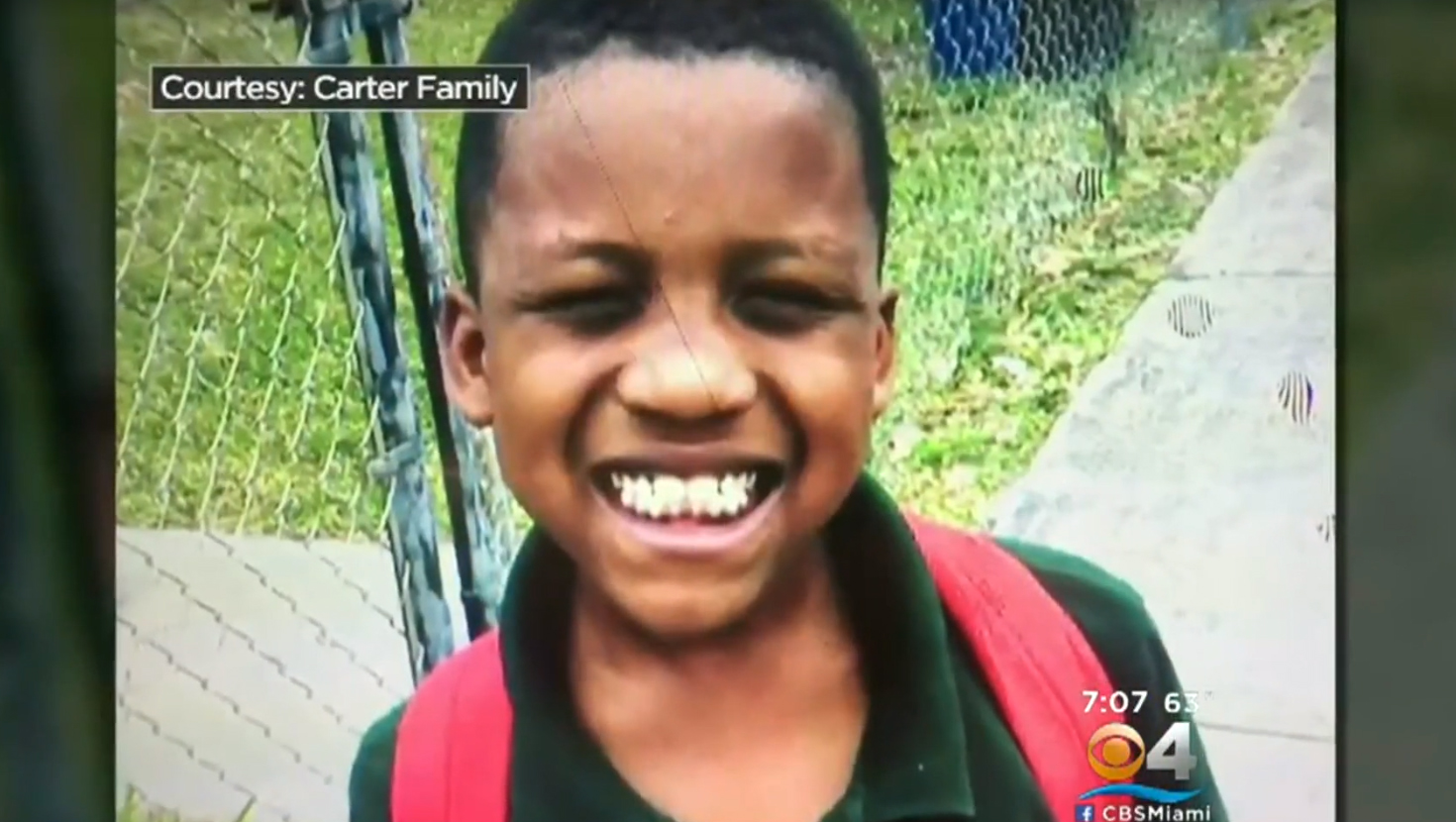 MIAMI DADE COUNTY, Fla. -- Police are searching for suspects in the fatal shooting of a 6-year-old boy gunned down outside his Miami-Dade apartment complex.

The Miami-Dade Police Department identified the boy in a news release as King Carter, who was in the first grade at a local elementary school. The child was tossing around a football outside the apartment where he lived Saturday afternoon when he was struck, reports CBS Miami.

Investigators say two men got out of a dark four-door sedan and opened fire. It's not clear who was the intended target, but police say Carter was an innocent bystander. He was hit and died later at a hospital.

Police say the two shooters got back in the car and sped off. Witnesses said a third person was driving the car. Miami-Dade police director Juan Perez asked the community for help in locating the suspects.

"We're hunting for you," Perez warned the shooters. "And if you're involved may as well turn yourself in because I don't believe the community is gonna stand idle on this. So we're gonna get you today, tomorrow or eventually, but we'll get you."

The community organized an anti-violence march and rally on Sunday, where community leaders called for an end to gun violence.

"Clearly he's not the target. He just happened to be an innocent bystander. Outside playing, doing what kids do. On a weekend. And that's a shameful thing," Perez told CBS Miami. "I'm angry. Our officers are angry. The community behind me's angry. So hopefully they're angry enough that they can provide some information that'll lead to the arrest of the individuals."

A $25,000 reward is being offered for information the leads to an arrest in the case. Anyone with information is urged to call Crime Stoppers at 305-471-TIPS.