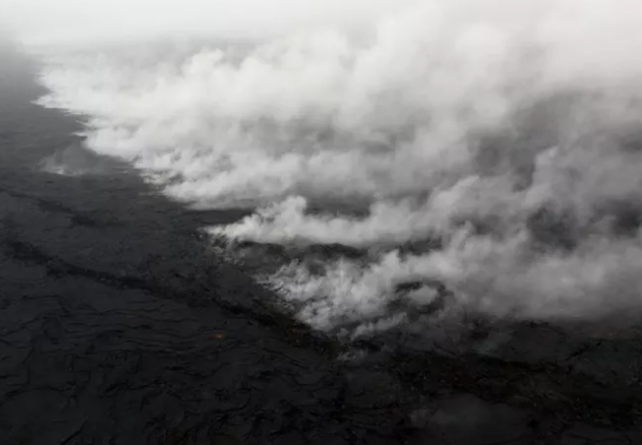 PUNA, Hawaii -- Residents of the Puna district on Hawaii's Big Island are being urged to remain alert after hundreds of small earthquakes at the Kilauea volcano's east rift zone, CBS Honolulu affiliate KGMB-TV reports. The quakes, which hit in recent days, indicate an eruption could be imminent.

A volcano watch for Kilauea has been issued, which means the volcano is showing "unrest" with a heightened potential for eruption.

Quakes continued to shake Puna overnight, and seismic activity appears to be moving eastward toward Kapoho, a small town on the Big Island. "Many events were felt by residents and there have been reports of nearly constant ground vibration in some areas," the U.S. Geological Survey (USGS) said Wednesday morning.

USGS said the region downrift of Puu Oo, a vent on the volcano, is the most likely location for a possible outbreak.

KGMB-TV reports that more than 45 small quakes hit Kilauea from midnight to 10 a.m. Wednesday local time. Most of them were about magnitude 2.0.

In total, over 250 small temblors have been recorded in recent days, including a magnitude 4.0 tremor.

Janet Babb, a Hawaiian Volcano Observatory geologist, said residents in the area should remain vigilant, as the seismic activity means "lava could break to the surface, and it could do so fairly quickly."

"It's a situation worth monitoring very closely," she said, KGMB-TV reported.

Lava last threatened Puna in 2014, when a flow shut roads down for weeks, claimed several structures and prompted evacuations.