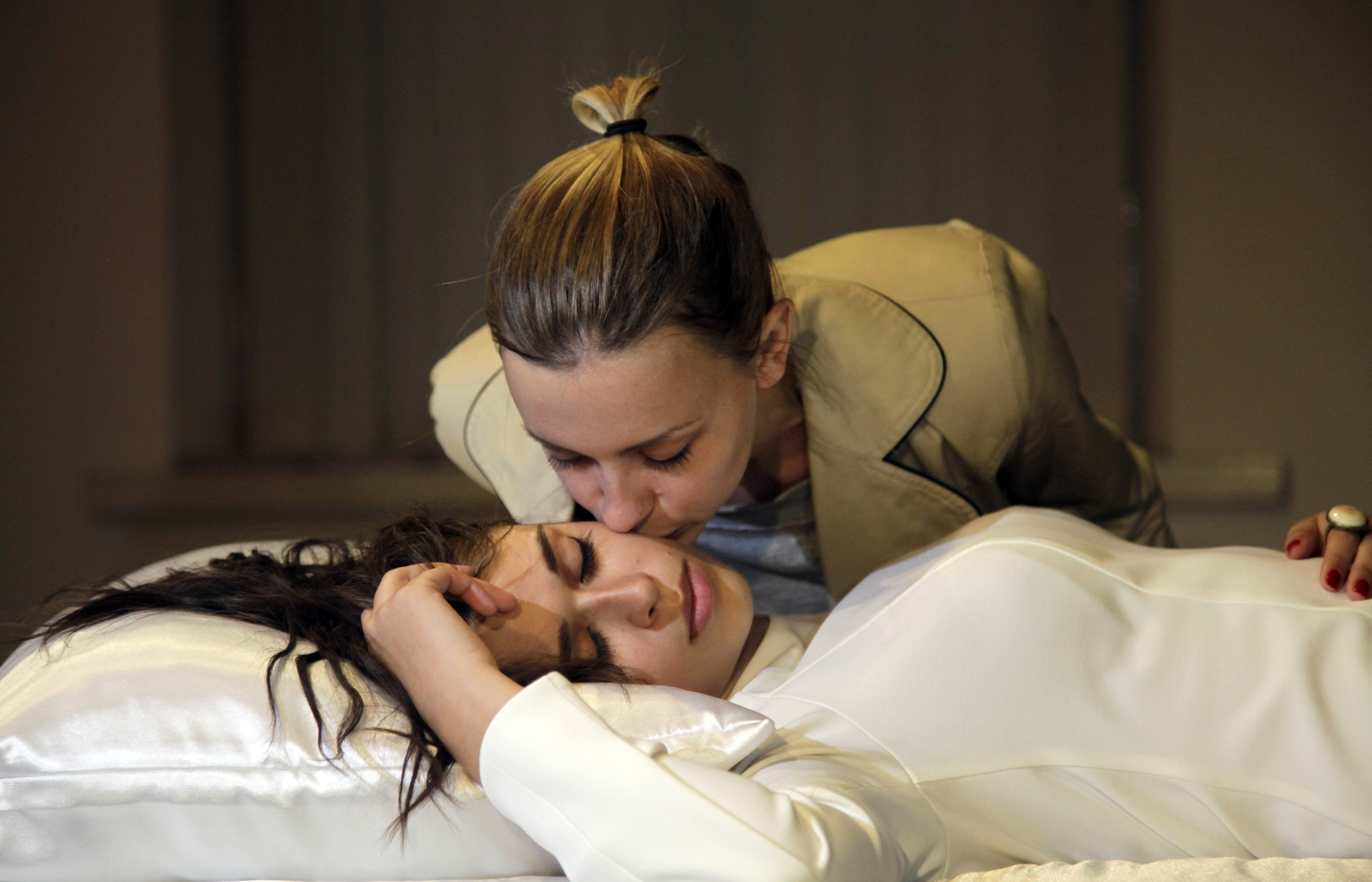 A Ukrainian-Canadian artist is presenting an interactive art project called "Sleeping Beauty," in which five attractive young women take turns sleeping under dim lights in Kiev's top gallery, each under a pledge to marry the visitor who wakes her with a kiss.

Any unmarried museum-goer can kiss the woman in the hope of making Beauty fall in love and awaken.

Taras Polataiko, a Ukrainian-born artist now based in Canada, says the goal of his exhibit is to recreate the famous fairy tale and witness the birth of love.

But it also has political undertones, symbolizing the patience of the Ukrainian people trapped by what he calls the oppressive government of President Viktor Yanukovych, and hopes that the nation will one day awaken to true freedom.

"I am turning the fairy tale into reality, the Prince fell in love with her deeply, strongly and this love woke her up," Polataiko told The Associated Press. "Strong love happens by chance."

The two-week exhibit ends Sunday and so far only one Sleeping Beauty has woken up to a kiss - only to discover that her Prince Charming is actually a princess. It is unclear what the two women will do now, given that Ukraine forbids same-sex marriage and that Princess Charming has a boyfriend of her own.

Romantic tension and anticipation are palpable in the ground floor room at the National Art Museum of Ukraine, where each Sleeping Beauty lies on a high white bed two hours a day. But the project is more of an artistic experiment than an act of match-making. The marriage pledges that the visitors sign are not legally binding and some of the Sleeping Beauties admitted they would not get married to someone they disliked.

While the young women said they were looking for love, many admitted they were also just curious to experience the public attention and the thrill of the artistic experiment.

Liza, a 23-year-old public relations manager, didn't dare open her eyes to any kisses, but later regretted it - discovering that one of the men was very attractive.

"It turns out that for a person who is used to being more rational, because most people perceive the world visually - it's hard to trust your feelings and follow your impulses," said Liza, who declined to give her last name because she didn't want her co-workers to find out about the project.

Most of the visitors were gentle and respectful with the girls. But there were also unexpected moments, like when an American man left Liza a brand new iPad, his e-mail address and $400 to buy a ticket and visit him in Amsterdam where he currently lives.

There was also an awkward man from a provincial Ukrainian town, who knelt down before one Sleeping Beauty and wept because she didn't wake up from his kiss. Polataiko teared up as well.

Other visitors, like 25-year-old designer Anna Prisiazhnyuk, who kissed a Sleeping Beauty on Friday afternoon to no avail, were less serious about the project, saying they were looking for fun, not love.

"No, I didn't fall in love," Prisiazhnyuk said, "I wanted to take part in interactive art."

Polataiko, who is famous for provocative art work, such as photographing himself hanging naked from a tree, emphasized the political message.

He said Ukraine was undergoing depressing times, with the democratic achievements of the 2004 Orange Revolution now under threat as top opposition leaders suffer in jail on politically-tainted charges.

"The people are very patient, they've had hundreds of years of complex history," Polataiko said. "People are experiencing apathy after the Orange Revolution ... Whatever these pigs in the government do, they people endure it."