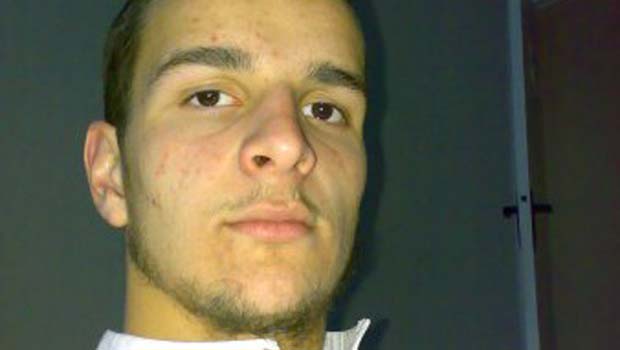 U.S. airstrikes against an al Qaeda cell in Syria thought to be working on plots to attack the West were believed to have killed five of the so-called Khorasan group's members, including a senior bomb maker, U.S. officials told CBS News on Thursday.

Officials told CBS News correspondent David Martin that two U.S. strikes targeted Khorasan, and one of them -- a missile fired from a drone aircraft -- hit a car believed to be carrying Khorasan bombmaker and former French intelligence officer David Drugeon.

According to the officials, it appears Drugeon was killed. The other strike was against Khorasan assembly areas in Syria.

Sources told CBS News correspondent Bob Orr that Drugeon's death would be a severe blow to Khorasan's plans to attack Europe and the U.S. with hard-to-detect bombs smuggled aboard airliners.

Drugeon and other al Qaeda explosives experts have been experimenting with fashioning non-metallic bombs that can be hidden in shoes, clothing, cell phones, and even human bodies, Orr reports.

Gen. Lloyd Austin, the Central Command commander in charge of U.S. military operations throughout the Middle East, said separately at a Washington forum that he would not discuss results of the strikes until they had been more fully studied. He suggested, however, Drugeon may have been hit, or at least targeted.

"He is clearly one of the leadership elements and one of the most dangerous elements in that organization," Austin said. "And so any time we can take their leadership out, it's a good thing."

One U.S. official told the AP that Drugeon's bomb-making skills were nearly as worrisome as those of Ibrahim al-Asiri, a member of al-Qaeda's Yemen affiliate who has built three nonmetallic devices that were smuggled onto U.S.-bound jet liners. None detonated.

Drudgeon, a convert to Islam believed to be 24, spent three years fighting in Afghanistan and Pakistan before coming to Syria in late 2012 or early 2014, U.S. officials have said.

In Paris, the French interior minister refused to confirm reports Drudgeon was killed or injured.

Noting that reports coming out of the region suggest members of other militant groups were hit, Warren that the Khorasan Group was the pre-planned target of the strikes.

Austin said none of the airstrikes was aimed at al-Nusra. In other remarks about the U.S.-led military campaign against the Islamic State of Iraq and Syria (ISIS) in Iraq and Syria, Austin said he believes there are between 9,000 and 17,000 "core fighters" in the group. He noted that some in the U.S. government have estimated the number at upward of 30,000, but he said he believes the figure is much lower if active fighters alone are counted.

Austin also portrayed IS as on the defensive, limited in its ability to move without getting bombed.

"As we listen to them we know the impact of the precision strikes is demoralizing them," the general said.

"They're afraid to congregate in any sizeable formations," he said, adding that the group nonetheless remains a formidable foe.

The targets included bomb-making facilities, training areas and meeting locations. U.S. officials say the Khorasan Group is made up of al Qaeda veterans of wars in Afghanistan and Pakistan who traveled to Syria to link up with the Nusra Front fighters. Officials say the group has been actively planning attacks against the West.

Katherine Zimmerman, a senior analyst at American Enterprise Institute and expert on al Qaeda, told CBS News in September that Khorasan is "following bin Laden's vision" and the group's leader, Muhsin al-Fadhli, was one of the few in the terror cell who had knowledge of the 9/11 attacks before they were carried out.

"He is what I consider to be a core al Qaeda member," Zimmerman said. "He was within that inner circle."

A barrage of U.S. cruise missiles aimed at Khorasan targets in Syria in September failed to eliminate the threat from the group, which American intelligence officials have said is working on plots to blow up airplanes over Europe and the United States.

Warren said the U.S. believes the latest strikes had a degrading effect because both facilities and individuals were destroyed.