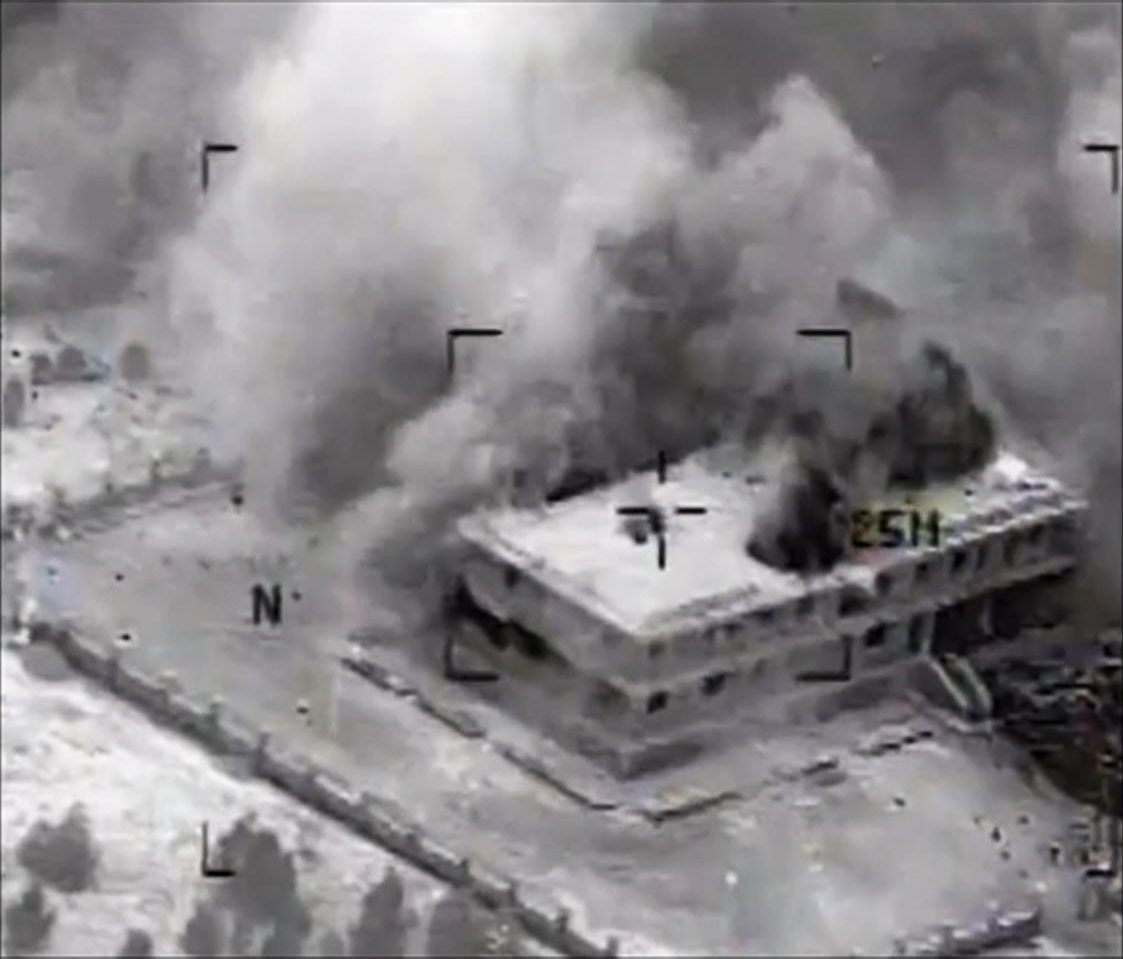 WASHINGTON -- The barrage of U.S. cruise missiles aimed at a cell of al Qaeda militants in Syria last month failed to eliminate the threat from the group working on plots to blow up airplanes over Europe and the United States, American intelligence officials say.

The strikes on a facility near Aleppo killed only one or two key members of the group, known as Khorasan, officials have said, because many of the militants had scattered amid news reports highlighting their activities.

CBS News' Bob Orr reports that Khorasan was, and presumably still is, working to develop explosives that could be used or transported aboard planes. At the time of the airstrikes, U.S. intelligence officials have told CBS News there was no indication that the group was ready to launch any operation against Europe or the U.S.

Among those who survived is a French-born jihadist who fought in Afghanistan with a military prowess that is of great concern to U.S. intelligence officials.

"The strikes were certainly effective in setting back the Khorasan Group, but no one thinks they were a permanent solution or a death blow to the threats that come from this cell," said Rep. Adam Schiff, D-Calif., who serves on the House Intelligence Committee.

On Sept. 22, the U.S. fired 46 cruise missiles at eight locations to target the group. At the same time, American airstrikes hit targets associated with the Islamic State of Iraq and Syria. The strikes against ISIS have continued, both in Syria and in Iraq.

One of the U.S. missiles fired in the initial barrage went awry and killed a dozen civilians in the village of Kfar Derian, according to Mohammed Abu Omar, an activist in the northern province of Idlib. The U.S. military says it has not confirmed any civilian casualties.

The limited effectiveness of the attack on Khorasan is partly the result of a hazy intelligence picture that also has bedeviled the air campaign against ISIS targets.

The U.S. lacks the networks of bases, spies and ground-based technology it had in place during the height of the wars in Iraq and Afghanistan, officials say, or even the network of human sources it developed in Pakistan and Yemen.

The existence of Khorasan became public only weeks before the airstrikes, but U.S. officials had been tracking it for up to two years. Officials said the group has a few dozen al Qaeda members, some of whom are long-sought militants of the fighting in Afghanistan and Pakistan. They are working closely with Syria's al Qaeda-linked Nusra Front, officials said.

Nusra vowed to retaliate against the U.S. after the strikes against Khorasan.

The several current and former U.S. officials spoke on condition of anonymity about the group because they were not authorized to discuss classified information.

Khorasan is a historical reference to a region that included parts of Iran and Afghanistan.

In public, U.S. officials have offered seemingly contradictory assessments of the attacks on the Khorasan Group.

Gen. Martin Dempsey, chairman of the Joint Chiefs of Staff, said the strikes disrupted the group's plotting, but he did not know for how long. FBI Director James Comey said he believed the plots had not been disrupted and that the group remains a threat to the U.S.

"Khorasan was working and may still be working on an effort to attack the United States or our allies, and looking to do it very, very soon," Comey told CBS News' Scott Pelley in an interview for "60 Minutes."

"I can't sit here and tell you whether it's their plan is tomorrow or three weeks or three months from now. Given our visibility we know they're serious people, bent on destruction," said Comey, "and so we have to act as if it's coming tomorrow."

Unlike the Nusra Front, which is trying to topple Syrian President Bashar Assad, Khorasan is focused chiefly on carrying out an attack against the West, officials say. The group is said to have been trying to recruit Europeans and Americans whose passports allow them to board a U.S.-bound airliner with less scrutiny.

In addition, according to classified U.S. intelligence assessments, the Khorasan militants have been trying to make or obtain explosives that can be slipped past airport security. Among their sources, officials said, has been al Qaeda's Yemen affiliate, which has put bombs on airplanes, though the bombs failed to explode.

The fear is that the Khorasan militants will provide these sophisticated explosives to their Western recruits who could sneak them onto U.S.-bound flights.

One Khorasan leader, Muhsin al-Fadhli, has been eulogized on jihadi websites, but American officials are not convinced that he is dead. They said they believe another senior militant was killed, but have declined to name him.

A second Khorasan figure, a French militant named David Drugeon, is believed to be alive. Drugeon, who was born in the Brittany region and converted to Islam as a youth, spent time with al Qaeda in the tribal areas of Pakistan before traveling to Syria, French officials say.

He was identified as a member of Khorasan by two U.S. officials who spoke on condition of anonymity to discuss classified information.