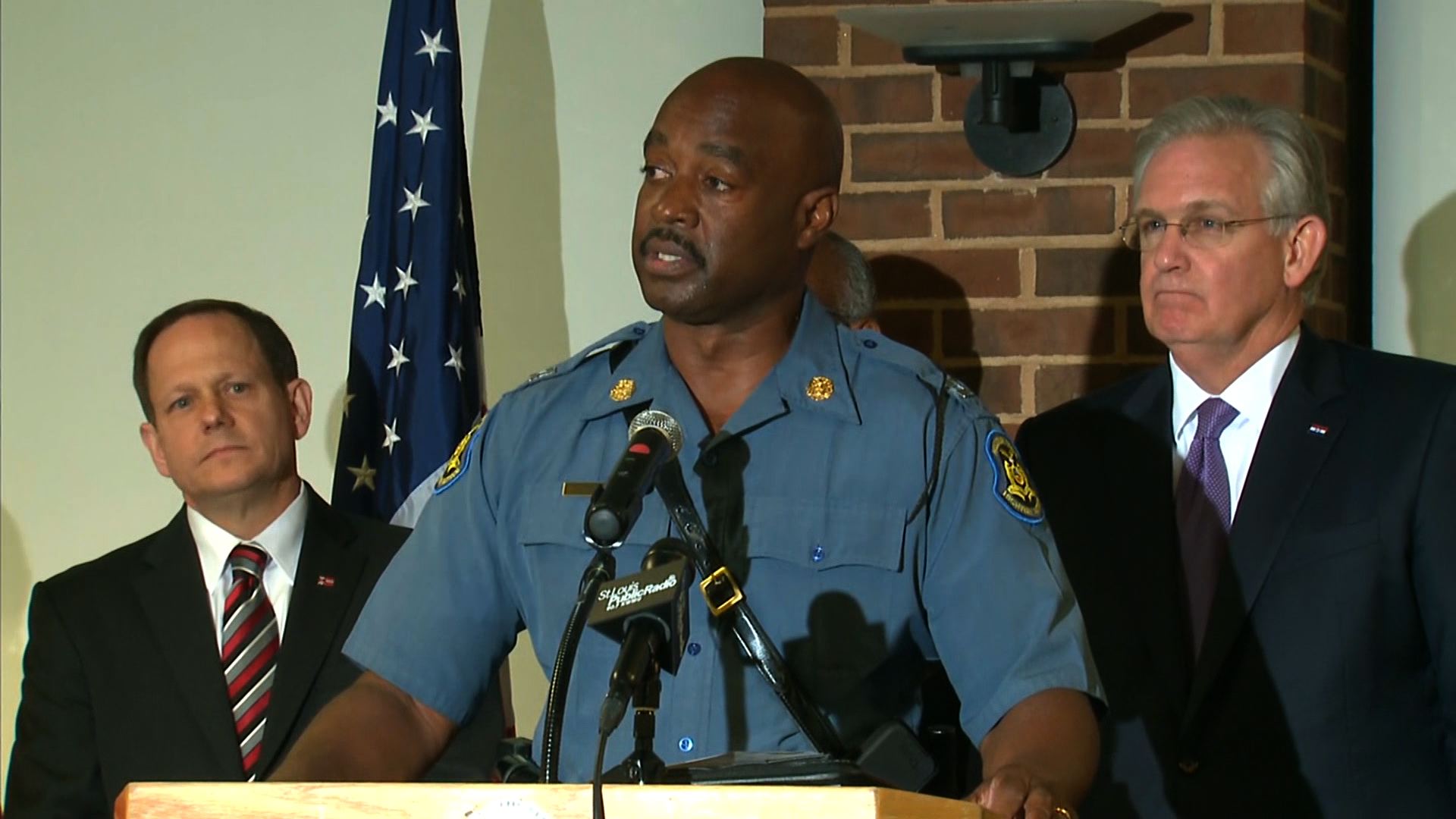 FLORISSANT, Mo. - The Missouri State Highway Patrol will take over the supervision of security in the St. Louis suburb that's been the scene of violent protests since a police officer fatally shot an unarmed black teenager, the governor announced Wednesday.

Gov. Jay Nixon said security will be overseen by Capt. Ron Johnson of the Highway Patrol. Johnson, who is black, said he grew up in the community and "it means a lot to me personally that we break this cycle of violence."

On Thursday evening, hundreds of people protesting the death of Michael Brown were marching peacefully through the streets of Ferguson alongside state troopers.

Several marchers stopped to shake hands with police and troopers. Some people have stopped to hug and chat with Johnson.

Prior to the change in command, police defended the use of tear gas and smoke bombs to repel demonstrators after another night of chaos. But the police response has drawn heavy criticism.

Johnson said that he would be in Ferguson Thursday night and meet people at the Quik Trip gas station that was burned by vandals days ago and has now become a "ground zero" of sorts in the community.

Earlier, U.S. Attorney General Eric Holder said he was "deeply concerned" over acts of violence by the public and heavy-handedness by police.

"The law enforcement response to these demonstrations must seek to reduce tensions, not heighten them," he said.

"In talking to these guys, it is scary," Schellman said of officers on the front lines of the protest. "They hear gunshots going off, and they don't know where they're coming from."

President Barack Obama also appealed for "peace and calm" on the streets.

"I know emotions are raw right now in Ferguson, and there are certainly passionate differences about what has happened," Obama said. "But let's remember that we're all part of one American family. We are united in common values, and that includes the belief in equality under the law, respect for public order and the right to peaceful public protests."

Capitol Hill legislators are also responding to the situation in Ferguson.

Georgia Rep. Hank Johnson, is planning to introduce legislature that would restrict a Defense Department program which give free surplus military equipment to local law enforcement.

In other developments, the Twitter account of hacker group Anonymous was suspended Thursday. The account had been used to post the what the group claimed was the name and other personal information of the police officer involved in the weekend shooting.

Twitter's code of conduct strictly forbids the publication of private and confidential information without permission. After the account was suspended, a secondary account announced that the group won't be releasing any more information, for now.

One of the primary sticking points with protesters in Ferguson was a demand to release the name of the officer who shot and killed Brown.