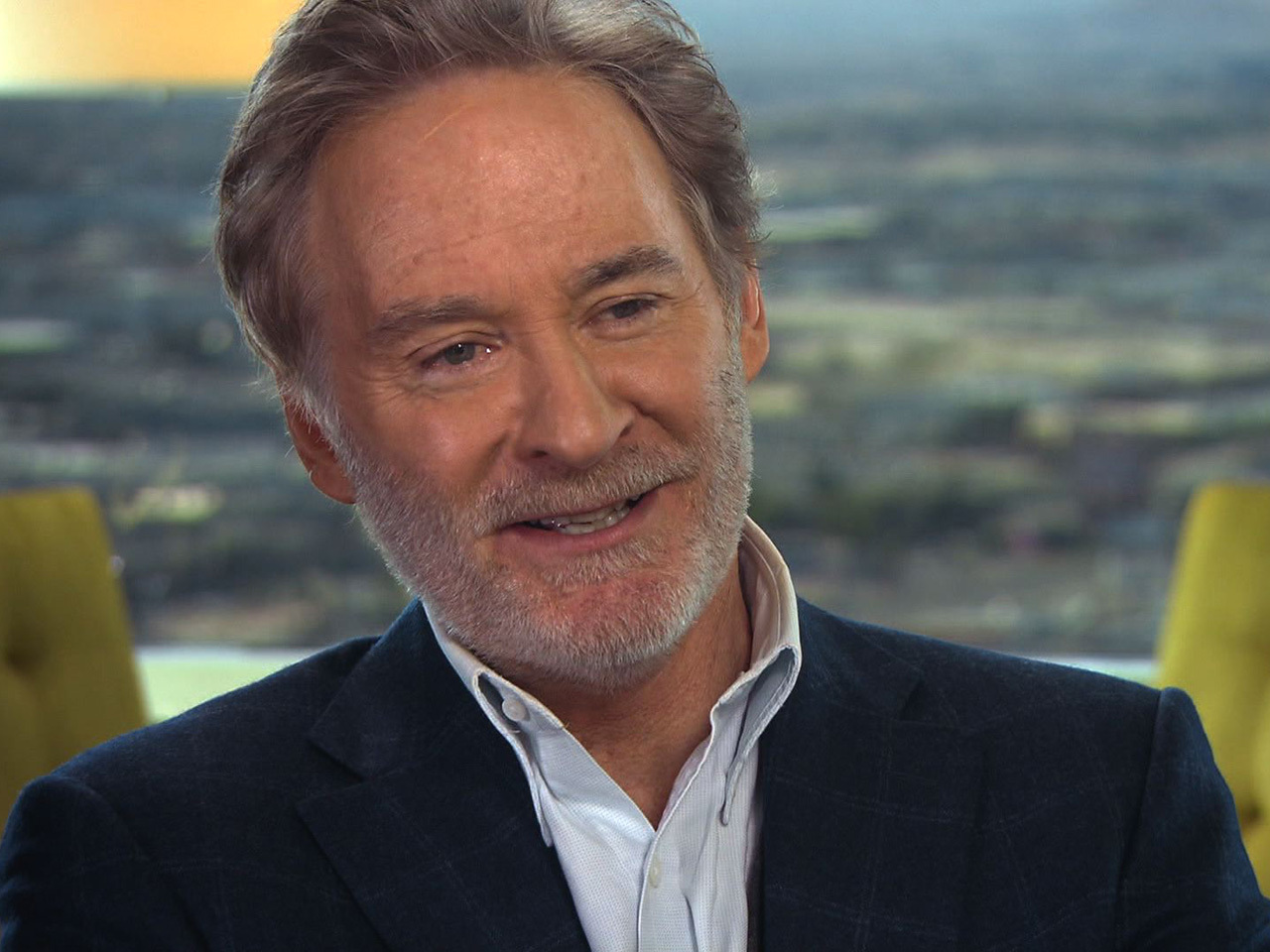 (CBS News) Kevin Kline won an Oscar for Best Supporting Actor for his role in the 1988 film, "A Fish Called Wanda." Though his memorable roles have won him a loyal following, the role itself has to win him over first. Never a sure thing, as Tracy Smith tells us in this Sunday Profile:

He's made a name for himself as the man who can play anyone -- from president to pirate, Motown lover to madman.

Kevin Kline has built a reputation as an actor's actor. He's also famously picky about choosing his projects -- so much so, in fact, that he's known in certain Hollywood circles as "Kevin Decline."

"Oh, yeah, yeah. But you know, I don't think I turn down as many parts more than normal actors do. You can't do everything."

But he did do this one: "Last Vegas" is a comedy about four longtime pals on a final, boozy, geriatric romp through Sin City, with a cast that looks like the front row at an Oscar ceremony: Michael Douglas, Robert De Niro, Morgan Freeman, and Kline.

"In the 'Last Vegas' trailer, it says, 'Four legends come together,'" said Smith. "What's it like to hear that word applied to you?"

Walking the beat in Japan, a "heaven for cops"

"It's a lovely advertising ploy," Kline laughed, "and I love being lumped in with these 'four legends' -- three legends and Kline."

"People would argue with you about that."

"I have not done nearly the amount of commercially successful movies that these guys have."

"Is that what makes a legend?"

"Apparently -- so it has nothing to do with talent!" he laughed.

"Is that by design that you haven't done as many commercially successful moves as the other guys?" Smith asked.

"Yes, I've avoided success as much as possible," he replied. "It's a family thing. It's partially my own doing, but I mean, Morgan [Freeman] and I just shared the same agent for 35 years (he's now retired), he used to say, 'Why don't you want to do this movie? This is going to be a very commercially successful movie.' And I'd say, 'I'm sure it is, but I think it's crap, I'm sorry.'

"I just try to do what interests me at the moment. And I've made a lot of probably stupid career choices!"

Fans might take issue with that. Still, Kline says he had to be talked into some of his most successful roles, like a Tony-winning performance on Broadway.

"When I was offered 'Pirates of Penzance,' two years before that I had done a musical on Broadway that was a lot of physical comedy, called 'On the Twentieth Century.' And I said, 'Well, no, this was more of the same, I've already done that.' But I got sort of talked into it, and it was a good thing, because Alan Pakula saw me in it and cast me in 'Sophie's Choice.'"

In his first big film, Kline's role as charming hothead Nathan Landau made him a movie star -- an overnight success that was a long time coming.

On a tour of the halls with Smith, Kline spotted a photo of the "young budding actor," from "School for Scandal."

"What were your dreams back then?" Smith asked.

"Oh, to be an all-around good actor."

"Good" doesn't even begin to cover it.

And he did manage to thank his wife in his acceptance speech.

"At the very last moment!" he said. "We'd only been married for about two weeks at that point. And then -- oh, and the music had started to play. Oh, and, and my wife, thank you!"

That would be actress Phoebe Cates, most notably the best-looking girl at Ridgemont High.

They'd first met briefly during auditions for "The Big Chill," but lightning didn't strike until a few months later, when both were in separate plays in New York.

"For her. For me, it took a while. Yeah, it was boom for me," he laughed. He admitted that he tried to find out through various means if Cates had a boyfriend, or if she'd go out with him, " 'cause I had a little fear of rejection, I think."

"Are you serious? You really went like a sixth grader, you know, asking her friends if --"

"It's a loooong story," Kline said. "But that's the beauty of television. You cut it!"

OK, here's the short version: Cates and Kline clicked, and married in 1989. They appeared together in 2001's "The Anniversary Party," and the two adorable child actors with them are the couple's real-life children, Owen and Greta.

The kids are a big reason Phoebe Cates chose to cut back on performing.

"Phoebe, once she had her first child, it was like, 'That's it, I'm not gonna let other people raise my children.'"

"So she retired, basically. That was your choice as a couple?"

"It was her choice. Just the way she felt."

"What do you think of that decision?"

"I admire it. But it was always one of the things I admired about Phoebe. She loved acting, but it wasn't her life. For me, it was everything; I had no life. it's just acting. Once she had children, that was it."

As a student here, Kline would do exercises, such as one where the actor fights through unseen forces to reach an elusive goal.

Of course, they all wanted to see the Oscar-winner do it.

At 66, Kline still seems to be pretty good at navigating a tricky path.

When asked by Smith if he'd immediately said yes to the role in "Last Vegas," Kline said no.

"My first instinct was to pass," he said.

But after hours of conversation with director Jon Turteltaub, he decided it was worth his time . . . and maybe yours.

"Will I read the reviews? Probably not, no -- God forbid I find out that we're not legends!" he laughed.

Kidding aside, legend is a title Kevin D. Kline should probably accept.

To watch Kevin Kline discuss being a "legend," click on the video player below.