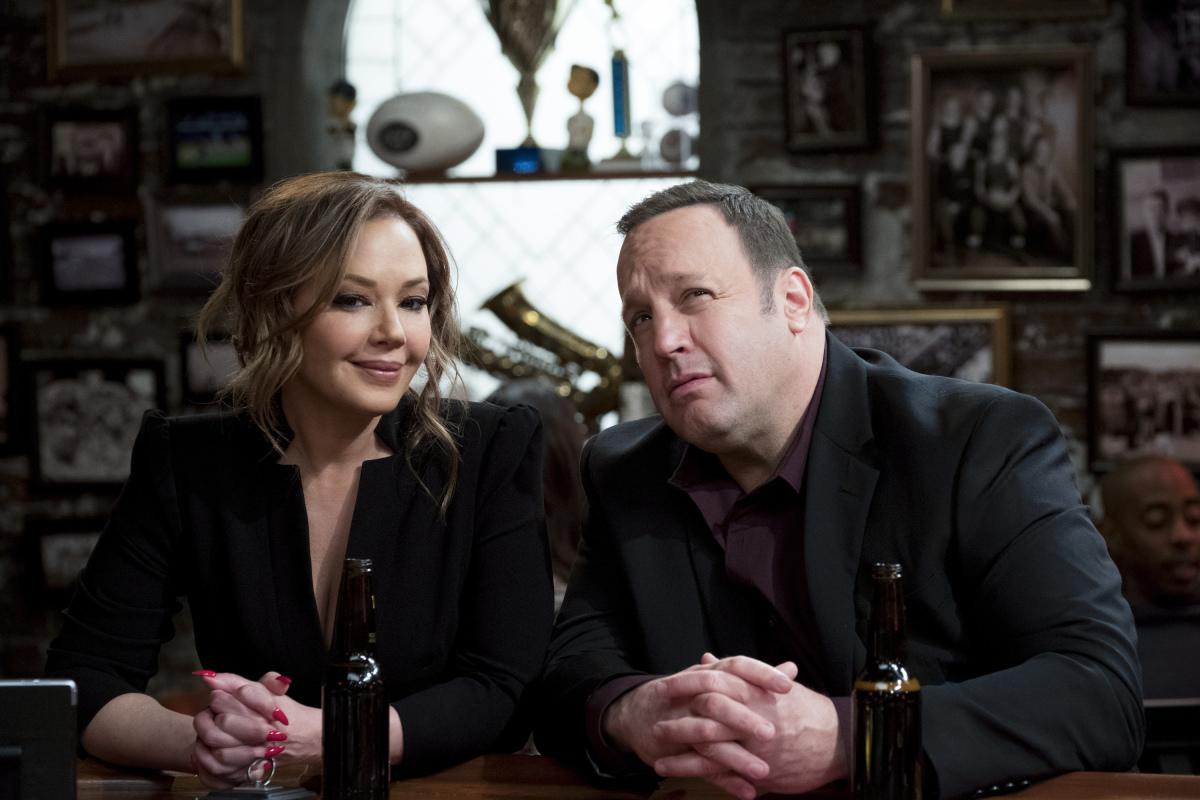 Kevin James is about to wrap up season 2 of CBS' "Kevin Can Wait" in a very big way. The "King of Queens" alum talked to CBSN about his rapport with co-star Leah Remini and why he's so excited for the season finale.

James said he was thrilled to reunite with Remini on "Kevin Can Wait" after "King of Queens" came to a close. Remini plays Vanessa Cellucci, business partner to James' character, Kevin Gable.

"To have Leah Remini back on is fantastic," he said on CBSN. "It's amazing because we worked together for nine years and then we're offered 10, and to be able to have that opportunity to work together again is a blessing."

He said of his onscreen chemistry with Remini, "We're friends and we're family. Literally, we feel like we've known each other forever and I've always felt that way from our first meeting together. I've always felt like we get each other that way and it's always worked out really well."

James talked about having all-star guests on "Kevin Can Wait" and said he especially loved working with Billy Joel, who allowed the show to shoot him in concert.

But the final episode of the season has two very special guests: Adam Sandler and Chris Rock.

"We play in this band -- we revived this band we played together in the 1980s and we get back together -- called Smokefish and it's pretty rough," said James, laughing. "Sandler can sing and musically he's fantastic, but me and Chris Rock, man, it's horrendous. It's so bad but it makes for a great final episode."

James also talked about his new Netflix comedy special, "Never Don't Give Up." He said, "I love doing standup for the sake of standup. It's an itch that only that can scratch and performing live is fantastic, but you have to be on your game and be able to do it. So we were finally able to dedicate time to put the special together. It'd been 17 year, I think, since my last special."

Catch "Kevin Can Wait" on Mondays at 8/7c on CBS and CBS All Access.