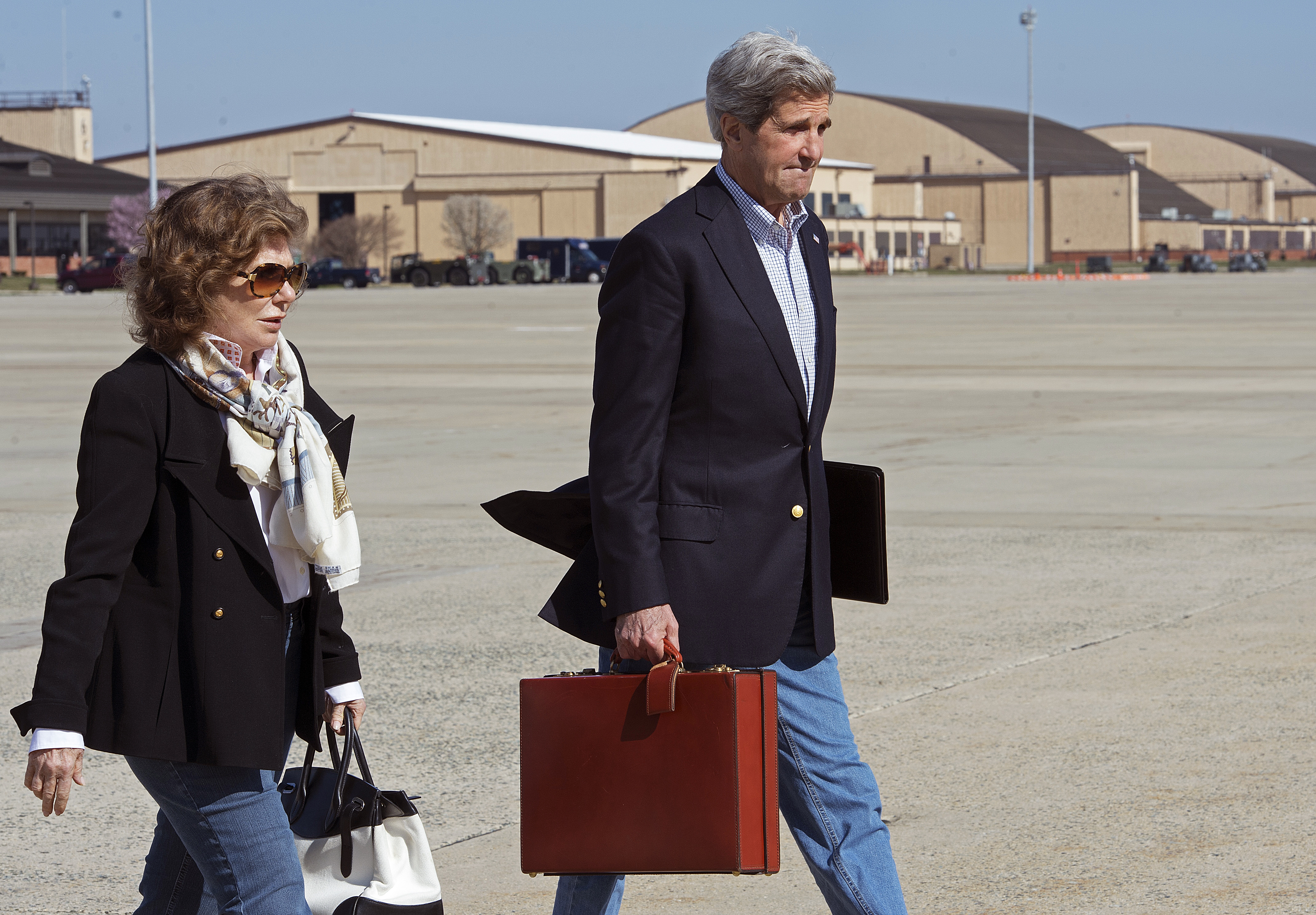 ISTANBUL Syria's brutal civil war will top the agenda during Secretary of State John Kerry's discussions in Istanbul, some of which will focus on the Obama administration's reluctance to get involved militarily in the conflict.

For Kerry's Turkish hosts, Syria is spiraling out of control. Along the 550-mile border the two countries share, 180,000 refugees are running low on food and patience. Riots have broken out as the conditions have deteriorated, with around 1,000 new inhabitants arriving each day. The two countries have exchanged fire on several occasions, threatening to pull Turkey, and NATO, into the war.

Amid reports that the Turks are considering closing their border with Syria, Secretary Kerry will argue they keep it open to protect fleeing Syrians.

But concerned Turkish officials believe the U.S. could be doing far more to bring about Assad's downfall - namely arming the rebels or installing a no fly zone over Northern Syria. They want the Americans to lead a coalition to get rid of Assad, something the U.S. has been reticent to do.

President Obama has consistently argued against arming the rebels, fearing the weapons could end up in the hands of al Qaeda-affiliated extremists. That has left Kerry to offer non-lethal assistance -- food and medicine -- to Syrian opposition groups.

The Washington Institute's Andrew Tabler said the U.S. is dealing only with the symptoms of the problem -- aiding displaced Syrians -- rather than the disease itself - Assad and his murderous regime.

"In the talks, he'll (Kerry) be discussing the symptoms, but the real questions are about the disease itself. If Kerry believes, as the president does, that this cancer is containable, it is increasingly not. It's crossing the borders."

Syrian President Bashar al-Assad stoked the fire here recently in an interview with Turkish television, calling the country's leaders "foolish and immature" and warned neighbors not to intervene.

The resulting turmoil, Assad said, would spread "east, west, north and south. This will lead to a state of instability for years and maybe decades to come."

That spread has arguably already begun in parts of Lebanon, Jordan and Iraq, where nearly one million refugees dot the borders. It's also pulled Israel into the fray, where Syrian shells have landed in the Golan Heights, just the latest spillover concern for U.S. officials.

With over 70,000 Syrians killed in the last two years -- and the U.S. reluctant to intervene -- the Turks, Saudis and Qataris have gone ahead and funneled heavy weaponry to the rebels, particularly tanks and surface-to-air-missiles. The British and French have voiced a willingness to provide arms as well, but have been rebuffed by fellow EU countries.

While some foreign diplomats may be frustrated privately with the Americans' stand-back position, many won't admit to it publicly.

Britain's Ambassador to the U.S., Peter Westmacott, said he, for one, is not.

"There is not a great degree of frustration. We have continuous dialogue with the Americans, as we did in the case of Libya, and we understand there are other considerations here. But, I do get the sense that they may be kicking in the tires when it comes to this policy, and seeing if there is any more they could do. They wouldn't be sending Kerry to the region for the third time in three weeks."

Another priority for Kerry is further repair of Turkey's relationship with Israel. The two countries had a falling out after an incident two years ago in which Israelis raided a Turkish flotilla headed for the Gaza Strip, killing eight Turks, and one American. President Obama helped broker a reconciliatory phone call between Israeli Prime Minister Benjamin Netanyahu and Turkish Prime Minister Tayyip Erdogan during his recent trip to Israel. A senior State Department official said Kerry will stress how important it is for the countries to fully normalize their relationship.

Both Syria and the Turkey-Israel relationship will remain on the agenda when Kerry travels to Israel Sunday evening.