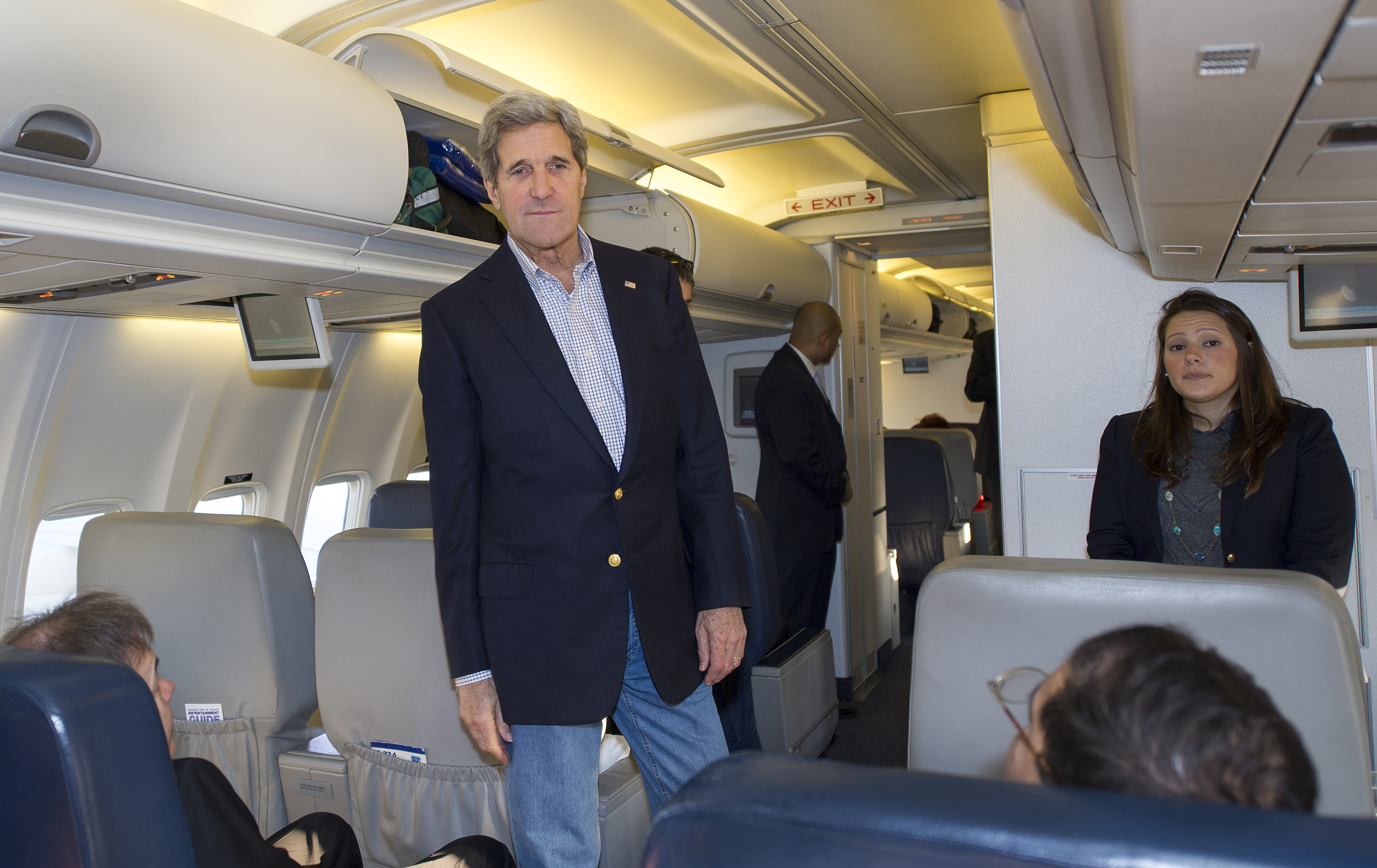 ISTANBUL U.S. Secretary of State John Kerry arrived in Turkey early Sunday on the first leg of a 10-day trip to Europe and Asia that would also seek to unlock long-stalled Israeli-Palestinian peace talks.

Kerry was expected to encourage Turkish leaders to continue improving ties with Israel. The two countries were once allies, but relations spiraled downward after Israel's 2010 raid on a Turkish flotilla bound for the Gaza Strip. Eight Turks and one Turkish-American died.

Kerry also will coordinate with Erdogan and other Turkish officials on efforts to halt the violence in neighboring Syria.

Kerry planned to fly from Turkey to Jerusalem for meetings with the presidents and prime ministers of both Israel and the Palestinians. He had accompanied Obama there and made a solo trip to Israel shortly after.

Though expectations are low for any breakthrough on Kerry's trip, his diplomacy represents some of the Obama administration's most sustained efforts for ending more than six decades of conflict between Israelis and Palestinians.

Kerry will also visit Britain and then South Korea, China and Japan, where talks will focus on North Korea's nuclear program and escalating threats against the U.S. and its allies.

He is scheduled to return to Washington on April 15.