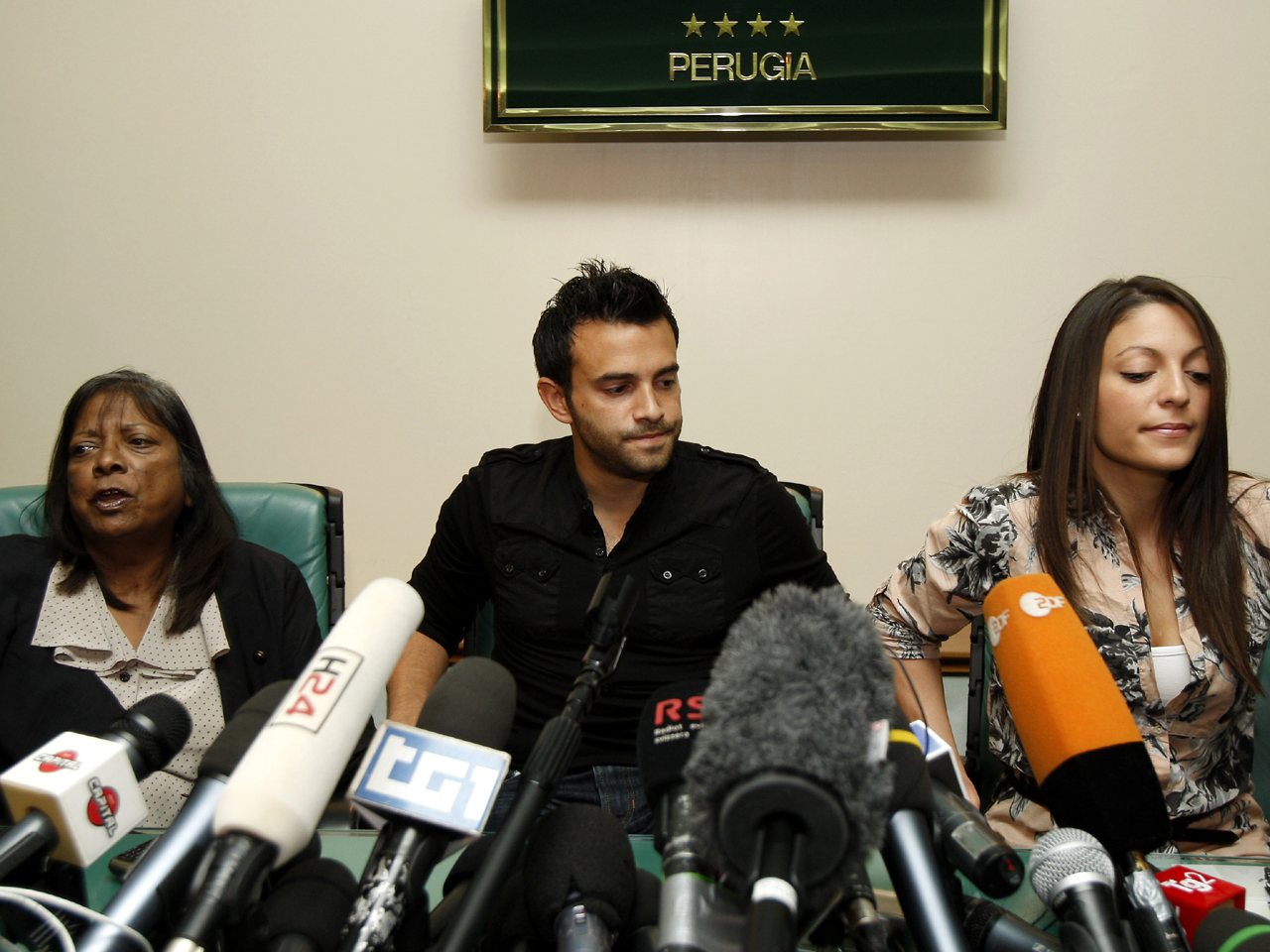 PERUGIA, Italy - The brother of slain British student Meredith Kercher said the family feels it is back to "square one" following the dramatic appeals court verdict overturning the conviction of American student Amanda Knox and her one-time Italian boyfriend.

Lyle Kercher said the family is still trying to understand how a decision that "was so certain two years ago has been so dramatically overturned."

Lyle Kercher said the family has been left to wonder who is guilty in the death of his 21-year-old sister after the release of Knox and her one time boyfriend Raffaele Sollecito on appeal.

A third man has been convicted in the brutal slaying. However, the court at his trial concluded he did not act alone. Rudy Hermann Guede's appeal upheld the guilty verdict, but cut his sentence from 30 years to 16.

"If the two released yesterday were not the guilty parties, we are obviously left to wonder who is the other guilty person or people. We are left back at square one," Lyle Kercher said.

The Kercher family has up to now rejected the defense notion that Guede acted alone. No other suspects have ever been named. (At left, watch a "CBS Evening News" report on the verdict)

On Monday, while waves of relief swept through the defendants' benches in the courtroom, members of the Kercher family, who flew in for the verdict, appeared dazed and perplexed. Stephanie Kercher shed a tear; her mother Arline looked straight ahead.

On Tuesday, Meredith's mother was still absorbing the reversal.

"You think you have come to a decision and obviously it has been overturned, I think it is early days really," she said.

"Foxy" is the nickname that the British tabloids have given to Knox.

The Daily Mail pushed it even further: "Weeping Foxy is freed to make a fortune" — alleging that Knox would be paid by U.S. media to tell her life story.

The prosecution's case was blown apart by a DNA review that threw out key evidence used to convict Knox and Sollecito in 2009.

Prosecutors have said they will appeal the decision to Italy's highest criminal court after receiving the reasoning behind the acquittals, due within 90 days.

Throughout the four-year ordeal, the Kerchers have maintained a low profile. They have granted few media interviews, rarely attended trial sessions and quietly remembered Meredith on the Nov. 1 anniversary of her death and on her Dec. 28 birthday.

The Kercher's Italian lawyer, Francesco Maresca, said the contrast with the Knox's active campaign to free their daughter may have been a factor in the acquittal.

"Definitely we had a David and Goliath situation," Maresca said. "In the sense that there was this enormous disproportion because the Kerchers never turned to the media."