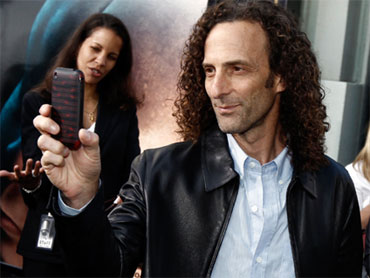 The saxophonist candidly joked in response to a recent interview in which Prince said the Internet is completely over.

Kenny G says if the Internet is dead "then I must be dead, too, 'cause I use it all the time." He adds with a laugh: "Maybe I've got a sixth sense, and I only see dead people. I don't know."

The 54-year-old admits the majority of his audience may not be as "Internet and download savvy" like fans of singer Rihanna, but he knows he must use the outlet to promote his music.

Prince refuses to use digital platforms to distribute his music. But Kenny G says he will do what it takes to stay connected, especially since he just released a new album, the R&B-flavored "Heart & Soul."