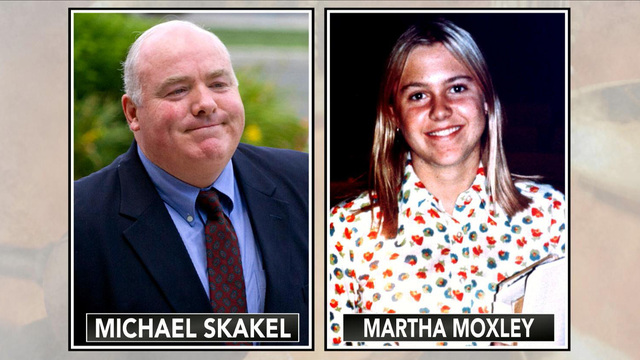 HARTFORD, Conn. -- A Kennedy cousin went back to court Wednesday, hoping to clear his name in a murder committed four decades ago. Prosecutors want him back in prison.

"The evidence leads to the inescapable conclusion that the probable killer was Tommy Skakel," Santos said. "Now, my client doesn't really want me to say that. It's his brother."

"I am sure Michael is the young man who swung the golf club," said Dorothy Moxley, Martha's mother. "There's no doubt in my mind about that."

Moxley was found bludgeoned to death with a six iron in a wealthy enclave of Greenwich, Connecticut in October 1975. Tommy Skakel was the last person to be seen with Moxley.

It was a 25-year old cold case until a grand jury investigation led to the arrest of Michael Skakel. He is the nephew of Ethel Kennedy.

"I know Michael Skakel and I know he didn't commit the crime," said Robert Kennedy Jr., Skakel's cousin and one of his biggest defenders.

Skakel was convicted in 2002 but released on bail after 11 years when an appeals court ordered a new trial -- finding his defense attorney made major mistakes. But state prosecutor Susan Gill disagrees.

"This was far from a slipshod defense," Gill told the court Wednesday. "This was a well-planned, well thought-out, professional defense."

Leaving court , Skakel declined to speak, but Kennedy, who sat with him during the hearing, did.

"He didn't get a fair trial and he's not guilty," Kennedy told CBS News.

CBS News was unable to reach Michael's brother Tommy Skakel for a comment. But years ago, he denied having anything to do with Moxley's murder.

Michael Skakel's defense attorney said he expects a ruling by the state Supreme Court by the fall.