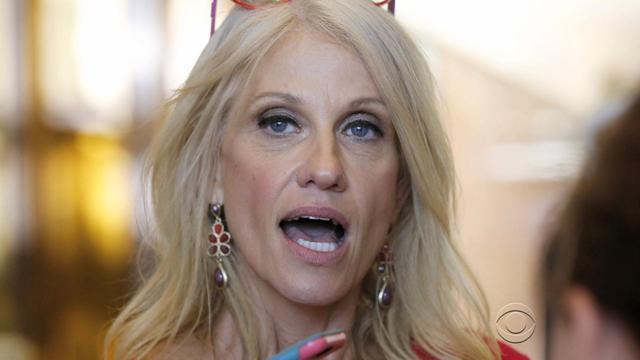 Stefan Passantino, deputy counsel to the president on compliance and ethics, wrote in a letter to the Office of Government Ethics that he met with Conway and resolved the matter. CNN first reported the existence of the letter.

“We concluded that Ms. Conway acted inadvertently and is highly unlikely to do so again,” Passantino wrote. “It is noted that Ms. Conway made the statement in question in a light, off-hand manner while attempting to stand up for a person she believed had been unfairly treated and did so without nefarious motive or intent to benefit personally.”

Conway had come under fire for urging viewers to “go buy Ivanka’s stuff” in a Feb. 9 interview on Fox News. Conway was reacting to reports that Nordstrom had dropped the line, which the president believes was a political move. The store says it was a business decision.

“This is just a wonderful line. I own some of it,” Conway said in the interview. “I fully - I’m going to just going to give a free commercial here. Go buy it today everybody. You can find it online.”

Administration employees are subject to rules that prohibit them from using their official position to endorse products or services.

The OGE had urged the White House Counsel’s Office to “consider taking disciplinary action against” Conway for the remark.

“There is strong reason to believe that Ms. Conway has violated the Standards of Conduct and that disciplinary action is warranted,” OGE director Walter Shaub wrote in a letter to Passantino on Feb. 14.

Responding to the letter at the time, White House press secretary Sean Spicer told reporters that Conway had been “counseled” about the endorsement.

Conway served as Trump’s campaign manager during the last several months of the presidential race, becoming the first woman to helm a winning campaign.

On Tuesday, a photo of Conway kneeling on a couch in the Oval Office caused a stir over decorum in the Trump White House. She told Fox Business Network she “certainly meant no disrespect” by kneeling on the couch.