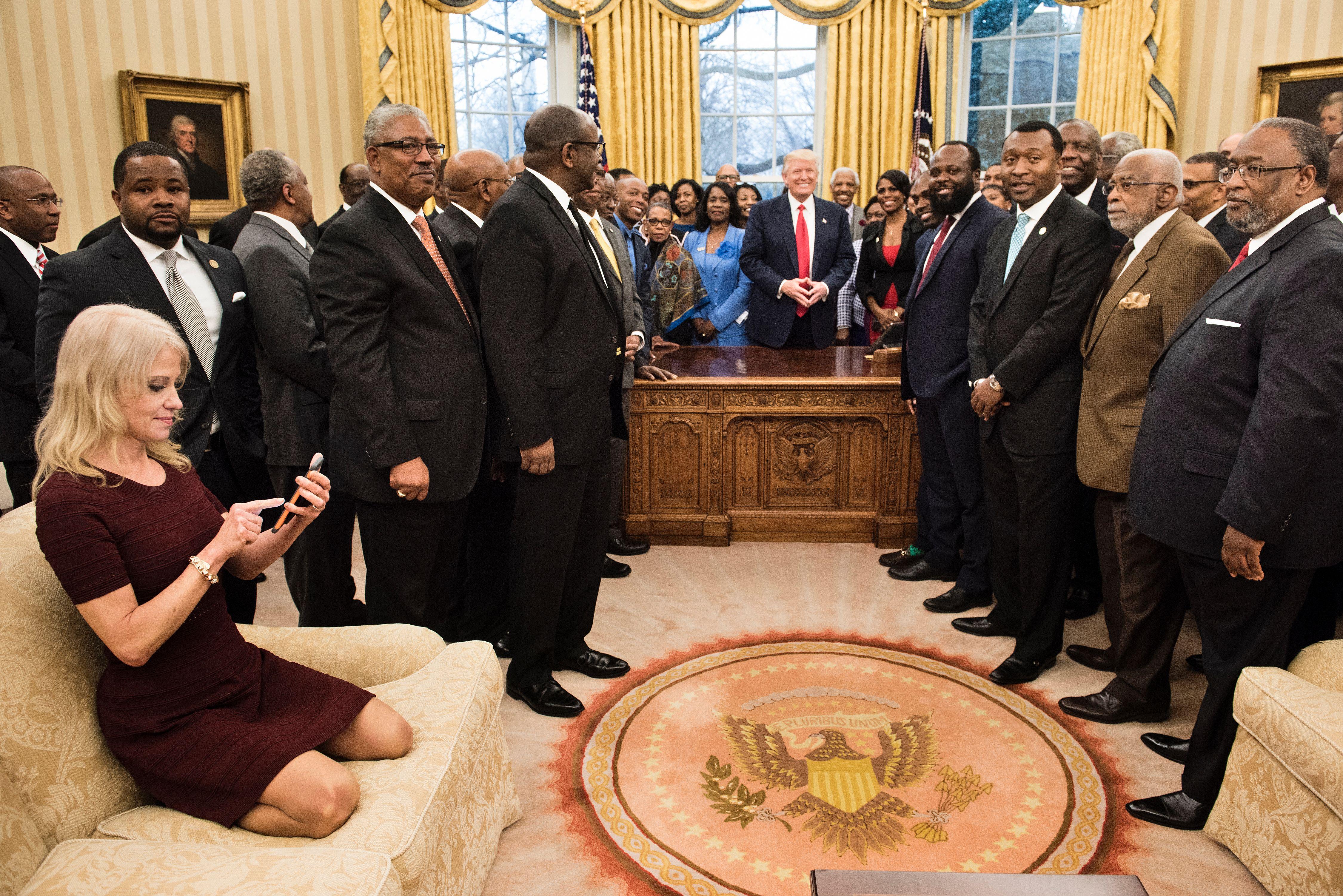 WASHINGTON -- Photos of White House adviser Kellyanne Conway kneeling on an Oval Office couch with her shoes on have sparked an online debate about decorum in the executive mansion.

Conway is seen perched on her knees on the couch with her feet behind her in photos taken Monday while President Trump met with leaders of historically black colleges and universities.

Some Twitter users were quick to highlight the photo as evidence of a lack of respect for the office from Conway and the Trump administration.

But others pushed back, noting that an additional photo shows she was simply trying to position herself to snap a picture of the visitors with the president.

“This is the dumbest outrage ever,” one Twitter user commented. Another called the fuss over the photo “exactly the reason people don’t take the media seriously.”

Conway responded to the backlash on Tuesday, saying she “meant no disrespect.”

“I was asked to take a certain angle [photo] and was doing exactly that. I certainly meant no disrespect, I didn’t mean to have my feet on the couch,” Conway said in an interview on a special edition of FOX Business Network’s “Lou Dobbs Tonight.”

Some online have posted numerous photos of former President Obama resting his feet on the office’s famed Resolute desk at various times during his eight years in office.

This flap comes just two weeks after a photo of Ivanka Trump sitting in her father’s Oval Office chair raised some eyebrows on Twitter.