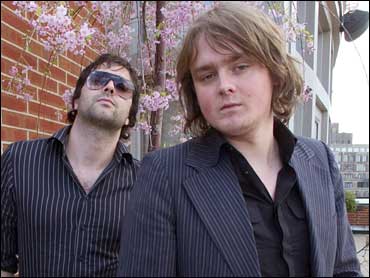 A planned U.S. tour by Keane has been postponed while singer Tom Chaplin is being treated for drug and alcohol addiction, the British band said Tuesday.

In a statement posted on the band's Web site, Chaplin, 27, said he was "having to deal with an increasing problem with drink and drugs, and the time has come to get the professional help I need to sort myself out."

The tour had been due to start Sept. 7 in Chicago.

"I feel desperately disappointed to be letting down our fans, but I want to get myself right now so that I can be back on the road for the rest of the year," Chaplin said.

The trio released their melodic debut album, "Hopes and Fears," in 2004. Their second album, "Under the Iron Sea," entered the British album charts at No. 1 when it was released in June.