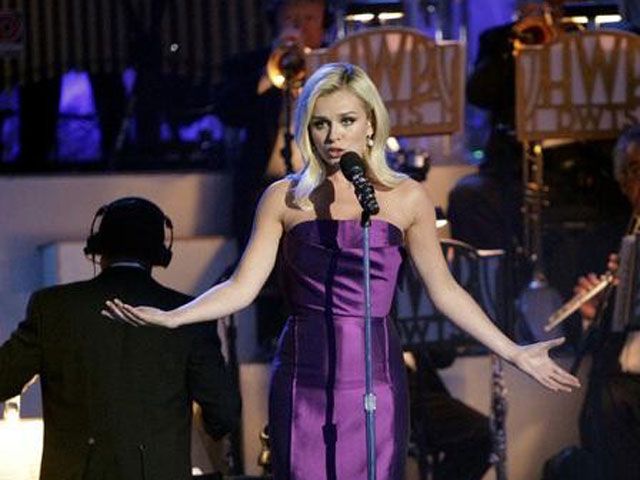 The 30-year-old Welsh singer performed two solo songs during the show, and joined another singer for a third.

Pictures: "Dancing with the Stars" Season 12
"DWTS": Kirstie Alley has another dance-floor mishap

She later sang "The Flower Duet" with regular "DWTS" singer Beverley Staunton during Kirstie Alley and Maksim Chmerkovskiy's dance, during which Alley almost lost her shoe (the pair's second dance-floor misstep in as many weeks).

What did you think of the classical night performances? Tell us in the comments and vote in our poll for who will win "DWTS" this season.