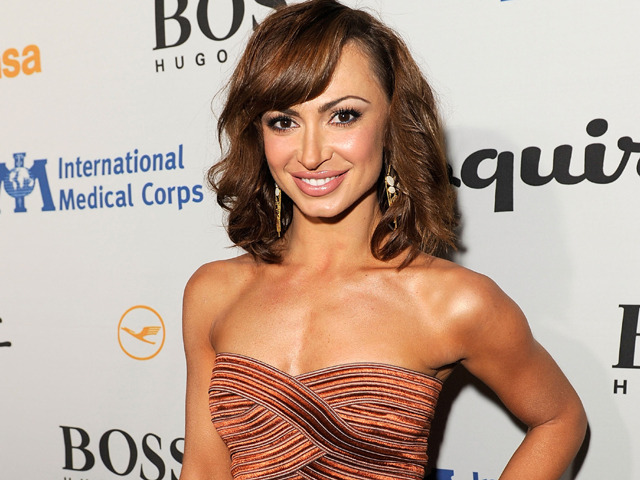 The Ukraine-born ballroom champ has posed nude for Playboy's May issue and will be featured on the magazine's cover.

"The May issue of Playboy is unforgettable with 'Dancing With The Stars'' Karina Smirnoff on the cover & nude inside," Playboy founder Hugh Hefner tweeted Wednesday.

Hefner has other "Dancing Withe Stars" connections as well. Season 12 contestant Kendra Wilkinson is a former Hefner girlfriend and was one of the stars of his "The Girls Next Door" reality TV show.

Smirnoff, who is paired up with "Karate Kid" star Ralph Macchio this season, has more than her upcoming centerfold to look forward to this year.

The 33-year-old is engagedto baseball player Brad Penny, and the two are planning a "November or October" wedding, she tells US magazine.