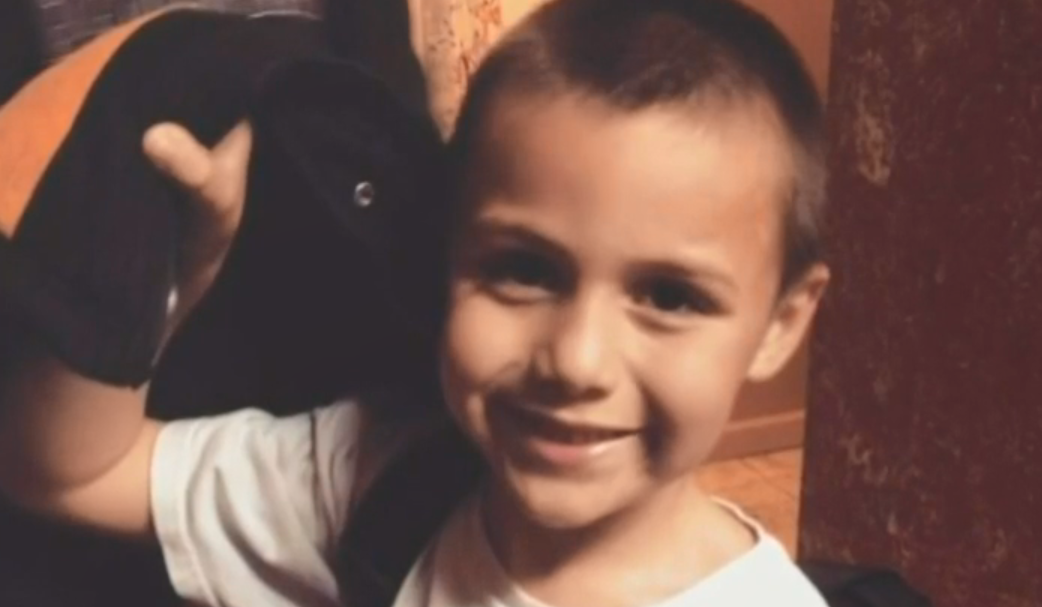 Kareem Leiva, 32, was arrested in Anthony's death after an interview with sheriff's detectives on Wednesday. The arrest came a day after county child welfare officials revealed that the boy had previously reported being beaten, locked up and not fed.

Sheriff's deputies were called to a home in Lancaster, in the high desert Antelope Valley north of Los Angeles, on June 20 after Anthony's mother called 911 to report that he had fallen down the stairs. Deputies found him unresponsive in the home and he died at a hospital the next day.

Homicide detectives deemed Anthony's death "suspicious" and the Los Angeles County Department of Children and Family Services said that there were signs of "physical abuse, including signs of being severely beaten, as well as malnourishment."

The boy's mother, Heather Barron, and Leiva - her boyfriend and the father of some of her other children - were both questioned by homicide detectives and Leiva was arrested Wednesday afternoon. The boy's mother has not been arrested and isn't facing any criminal charges.

"During the course of their interview, suspect Leiva made statements that led detectives to arrest him," Los Angeles County Sheriff Jim McDonnell said. He declined to elaborate.

After Anthony's death, child welfare officials removed eight other children - between 11 months and 12 years old - from the home. They are being cared for by county child welfare workers, officials said.

Sheriff's deputies had responded to the boy's home several times over the last few years - most recently in April 2016 - and there were a number of suspected child abuse referrals, but no arrests were ever made, McDonnell said.

Investigators are reviewing each of those cases to determine whether proper protocol was followed, he said.

Child welfare officials said Anthony had been removed from his home for several months when some of the reports of abuse were substantiated. He was returned after family members received in-home counseling, the agency said.

The agency said it confirmed two allegations involving sexual abuse when Anthony was 4 but the case was closed when it was determined that his mother was properly caring for him.

The last referral regarding Anthony was in April 2016 alleging general neglect. He was interviewed, and the allegations were deemed unfounded or inconclusive, officials said.

During the interview on Wednesday, detectives noticed that Leiva had a previous injury - a laceration on his chest they believe was self-inflicted - and required medical attention. He remained hospitalized Wednesday evening and is expected to be held on $2 million bail once he's medically cleared, the sheriff said.

It wasn't immediately clear if Leiva had an attorney who could comment on his behalf.