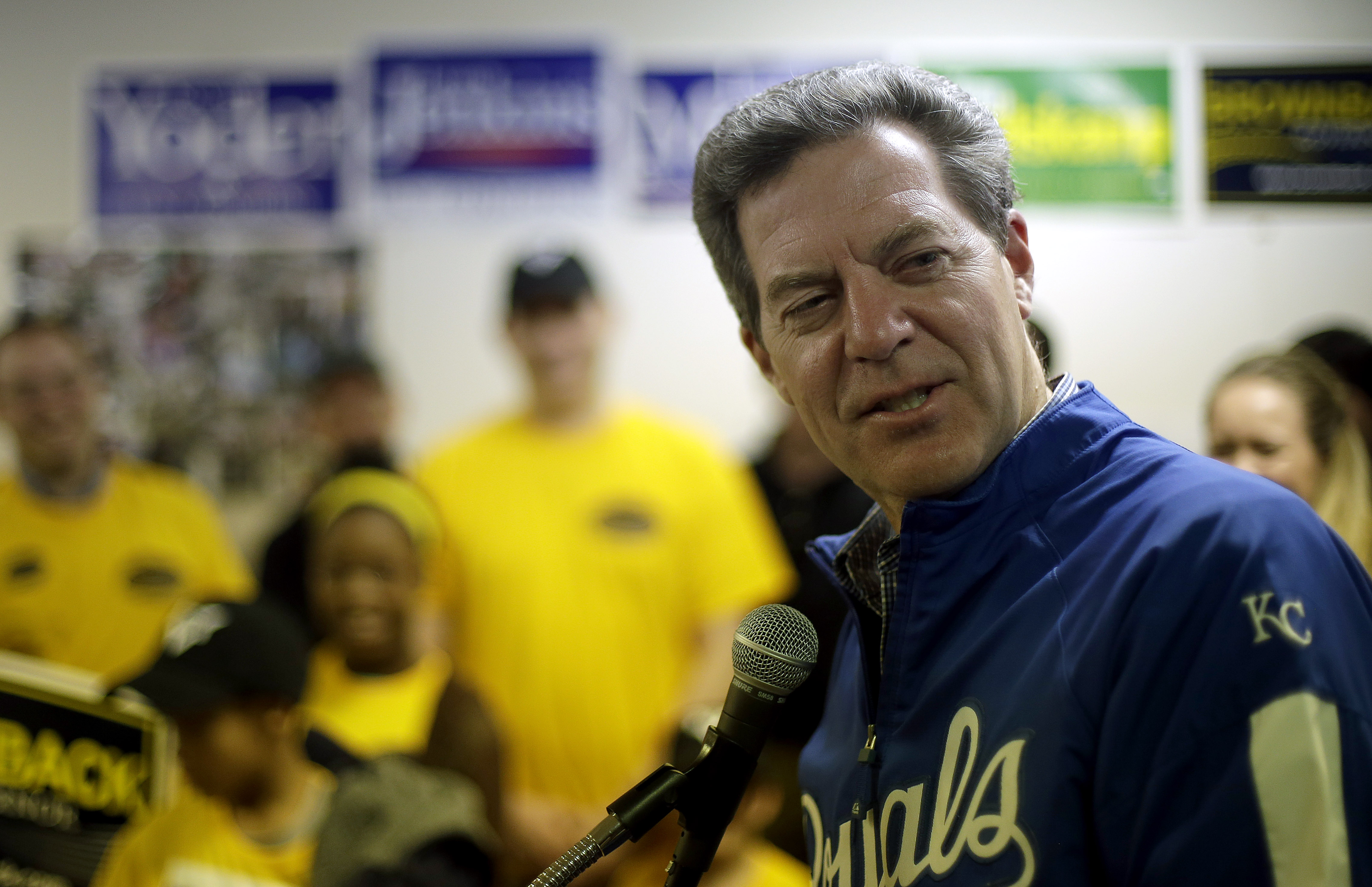 TOPEKA, Kan. -- After he became Kansas governor in 2011, Sam Brownback slashed personal income taxes on the promise that the deep cuts would trigger a furious wave of hiring and expansion by businesses.

But the "shot of adrenaline" hasn't worked as envisioned, and the state budget has been in crisis ever since. Now many of the same Republicans who helped pass Brownback's plan are in open revolt, refusing to help the governor cut spending so he can avoid rolling back any of his signature tax measures.

If Brownback won't reconsider any of the tax cuts, they say, he will have to figure out for himself how to balance the budget in the face of disappointing revenue.

"Let him own it," Republican Rep. Mark Hutton said. "It's his policy that put us there."

Tax collections missed projections in 11 months of the last year. A growing number of Brownback's conservative allies want to scale back the tax cuts to ease the budget crunch.

Brownback took office on a pledge to make Kansas friendlier to business and successfully sought to cut the top personal income tax rate by 29 percent and exempt more than 330,000 farmers and business owners from income taxes. The moves were popular in a Legislature where the GOP holds three-quarters of the seats.

The governor argued that Kansas had to attract more businesses after a "lost decade" in the early 2000s, when private sector employment declined more than 4 percent.

The predicted job growth from business expansions hasn't happened, leaving the state persistently short of money. Since November, tax collections have fallen about $81 million, or 1.9 percent below the current forecast's predictions.

Last month, Brownback ordered $17 million in immediate reductions to universities and earlier this month delayed $93 million in contributions to pensions for school teachers and community college employees. The state has also siphoned off more than $750 million from highway projects to other parts of the budget over the past two years.

Lawmakers are worried about approving any further reductions in an election year. All 40 Senate seats and 125 House seats are on the ballot in November.

Democrats have long described Brownback's tax cuts as reckless. Republican critics want to repeal the personal income tax break for farmers and business owners to raise an additional $200 million to $250 million a year.

Debate over the next budget will intensify after lawmakers return from a recess later this month. They could follow through on their threat by adjourning without making specific reductions and leaving the governor with the authority to do so. He faces fewer repercussions because he will not appear on the ballot again before leaving office in January 2019.

Brownback rejected earlier calls to scale back the tax cuts and shows no signs of backing down.

He declined to be interviewed about the lawmakers' unusual demand until new revenue projections are released Wednesday. Spokeswoman Eileen Hawley said the governor will release proposals afterward for balancing the budget, but, "a plan to raise taxes on small businesses or anyone else will not be among them."

"You've got some global issues that are going on that we have absolutely no control over," Brownback told reporters at a recent news conference.

But Scott Drenkard, an economist for the conservative Tax Foundation, told legislators last month that farmers and business owners appeared to pocket the extra money from the state's recent tax cuts rather than use it for expansion -- "tax avoidance, not job creation."

The state's personal income tax collections dropped 24 percent during its 2014 budget year, down $713 million. They've increased since, but the official projection for the 2017 fiscal year is less than $2.5 billion -- still 15 percent off the 2013 peak.

Last year, legislators plugged part of the budget gap by increasing sales and cigarette taxes as part of a $400 million revenue-raising package.

Brownback's administration has floated the idea of selling off the state's rights to future tobacco settlement payments, but lawmakers have been cold to such borrowing.

The continuing budget turmoil has been "just amateurish," said Republican Sen. Jim Denning, a former conservative ally of Brownback's who has become a critic. "I'm not happy with how things played out."