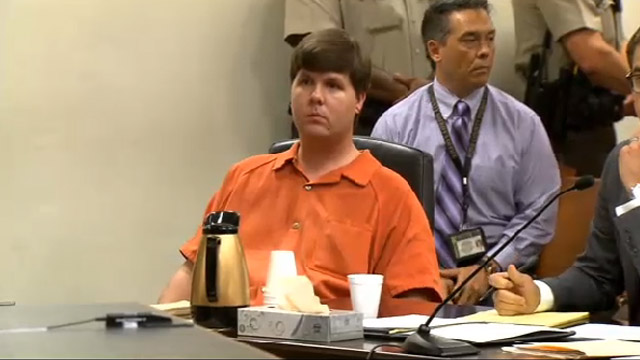 COBB COUNTY, Ga.-- Justin Ross Harris, a Georgia man whose son died after he was left in a hot car for seven hours, was charged Thursday with murder in the toddler's death, reports CBS affiliate WGCL.

A Cobb County Grand Jury indicted Harris on eight counts related to the death of his 22-month-old son, Cooper. Harris is charged with murder and child cruelty.

Harris told investigators he forgot Cooper was in the car when he went to work on June 18.

Cooper was found more than seven hours later dead in the car.

An autopsy showed that the boy had died from the extreme heat. Cooper was in rigor mortis when he was removed from the car, according to detectives.

Prosecutors alleged Harris was unhappy at work and in his marriage, portraying him as an unfaithful husband who wanted a child-free life.

According to Stoddard, Harris had been sexting girls, one as young as 17 years old, throughout the day while he was at work. Harris messaged six women, sending and receiving explicit texts, some including nude images.

Police also said that Harris visited several sites that showed people dying in all sorts of ways, including suicides and executions.

Harris and his wife Leanna had two life insurance policies on Cooper totaling $27,000.

In addition to the charges he faces in connection with his son's death, Harris may also be charged with felony sexual exploitation of a minor and misdemeanor illegal contact with a minor.