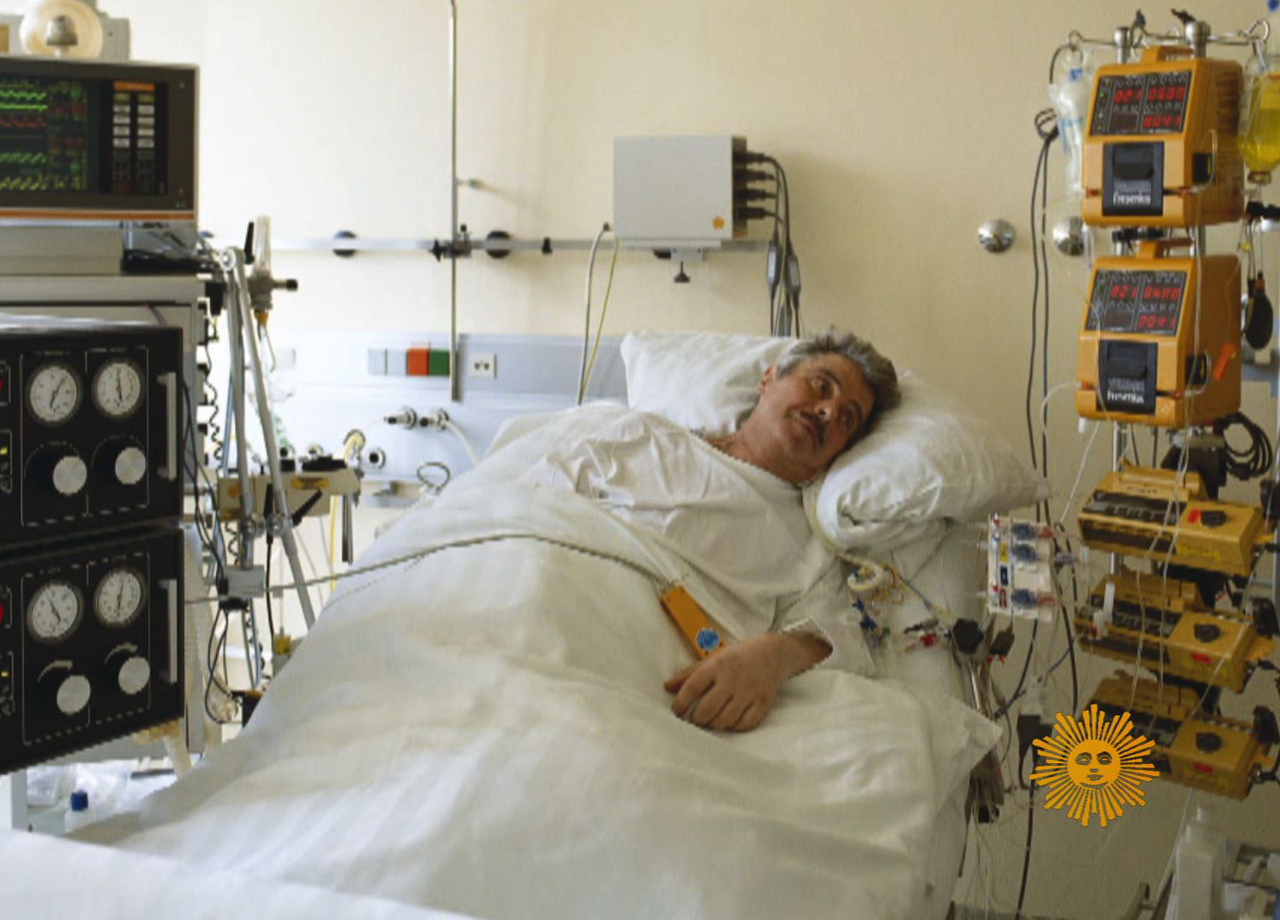 When people recover from illnesses against all odds ... should their claims that "positive thinking" made the difference constitute PROOF POSITIVE? Turns out, not even the "experts" entirely agree on that one. Our Cover Story this morning is from Rita Braver:

Rookie New York Giants Mark Herzlich was on top of the world last weekend - starting for the very first time.

But Two years ago, Herzlich was facing a much bigger challenge than winning a football game - he was diagnosed with bone cancer.

"My doctor at the time had told me not only would I never play football again, I'd probably never be able to run again," Herzlich said.

Herzlich had been an All American linebacker at Boston College, a fierce competitor on the field and off.

"I made a goal in my mind," he said. "It was that I was going to beat the cancer and come back and play football."

Like Herlizich, Lance Armstrong credits not only top quality medical care but also positive thinking with beating his cancer: "You can't deny the fact that a person with a positive and optimistic attitude does a lot better," he said.

"I have absolutely no doubt" that her mindset made a difference, Fortson said.

Positive thinking - a can-do attitude. That's the key, according to all these people and others who faced life-threatening illnesses. But here is a surprising and disheartening fact: What you think, how you think, may not make a difference.

A professor of behavioral medicine at Columbia University Medical Center, he has done extensive examinations of survival studies.

"What do you say to somebody who thinks that the reason that they're still alive now [is] because of their attitude?" asked Braver.

"I'd say, I'm very happy for you, I'm glad you survived. But for every one of you who said you were going to fight your way out of it, there are probably dozens of people who said precisely the same thing and didn't survive," Sloan said. "One person's anecdote doesn't make evidence."

One of the major studies on whether mindset affects recovery was conducted by University of Pennsylvania psychologist James Coyne.

"First, we asked simply is there any relationship overall? Putting biology aside, does emotion and well-being predict survival?" said Dr. Coyne. The answer? "It was as close to 'not at all' as you could get."

He said the few studies that conclude otherwise are hype, all based on bad science.

"It's disturbing at some level. Attitude doesn't matter for survival," said Dr. Coyne. "There are some things you can modify in life, but cancer is not one of them."

But what about survivors like Mark Herzlich, Lance Armstrong - and even Congresswoman Gabrielle Giffords, a gunshot victim whose husband Mark Kelly attributed her recovery to more than just medical care?

"Please continue to keep Gabby's thoughts and prayers in your heart," he said. "It is really helping."

"She survived because the path of the bullet - that's why she survived," said Sloan. "If the bullet had hit something vital in the brain, she would not have survived."

Positive thinking, of course can lead to good things ... a better mood, increased happiness, and - this is key - making a patient more willing to endure the rigors of mainstream medical treatment.

Many of the participants in the Avon race to raise money for a breast cancer cure owe their lives to their determination to fight through the pain of chemo and radiation.

"It's almost better than medicine because if you have a good outlook, your energy is better, you feel like doing things," said Lawanda Fountain. "You don't have sad thoughts where you are and have your own personal pity party and there is no one there with you."

But author Barbara Ehrenreich, who went through a grueling bout with breast cancer, resented pressure to be cheerful.

"I didn't want to be told how to feel by somebody else," Ehrenreich said.

She recovered, she says, simply through good medical treatment. But the experience experience made her realize just how pervasive the belief is that positive thinking causes positive results. She characterized it as, "If things don't go well, if you get sick, or if you lose your job, or fall into poverty, it must be your fault because you weren't sending the right thoughts out into the universe."

"Well, what's wrong with that attitude? A lot of people have it," said Braver.

"It's wrong because it's not true!" Ehrenreich laughed.

Her book, "Bright-Sided" (Macmillan), argues that the relentless promotion of positive thinking has undermined America.

For example, she cites bestselling authors who guarantee all sorts of success to those who have the right attitude. Or religion: They promise prayer can make illness vanish. "And one day when I went to go pray, the tumor wasn't there," said one church-goer.

"Is the alternative to positive thinking to be negative or pessimistic or fatalistic?" asked Braver.

"The alternative is to try to see the world as it is more. Realism, I would call that," said Ehrenreich.

But cancer survivor Leigh Fortson argues, "To me, reality is in the mind of the believer. That's what reality is,"

Fortson did undergo traditional medical treatment, but she is also a true believer in other solutions, including belief.

"A big part of my journey was working with my mind, and that was as much as anything," she said.

Fortson interviewed a few dozen survivors of cancer, heart disease, MS - all of whom relied on alternative treatments, sometimes exclusively.

She recounted their success stories in her book, "Embrace, Release, Heal" (Sounds True).

"And the doctors who say, 'Sorry, there's no evidence of that?'" asked Braver.

"There is evidence," replied Fortson.

Dr. Barry Boyd sees a glimmer of hope on the horizon. An oncologist and director of nutrition and cancer for the Yale Health System, Dr. Boyd says that some preliminary studies show that how patients deal with stress may - just may - influence some cancer outcomes.

"For some individuals, I believe that we will identify hope and attitude as influencing tumor behavior," he said.

"I think there is a part of attitude that may play a role, and we're still trying to understand that," said Dr. Boyd. "Working to build hope and build optimism may, in some individuals, change the biology of their cancer."

But all of the medical experts we spoke to agreed on one thing: There is a danger to the relentless promotion of positive thinking as a means to ward off the inevitable.

"I think there's a ton of pressure based on the belief that if they're positive that they'll live longer," said Coyne. "And then the downside of that is that if they deteriorate and they ultimately die of cancer, that they are somehow left being blamed: If only they had been more positive.

"And I think that's a terrible burden for a dying person to assume," he said.

But there's no talking survivors like Mark Herzlich out of it. For them, mind really does matter:

"All I know is that, for me, that mental toughness and positive thinking helped immensely."