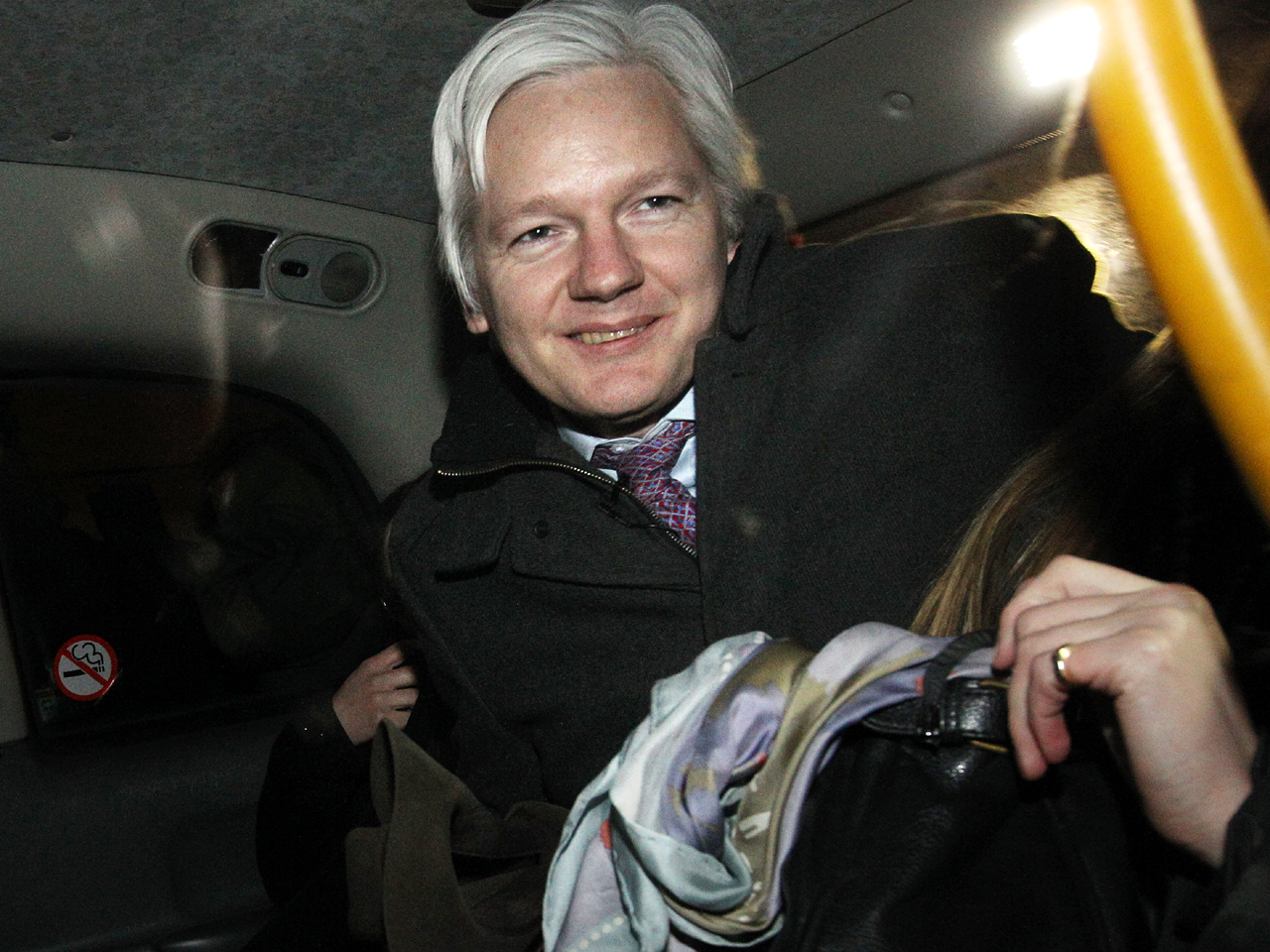 (AP) LONDON - He's won asylum in Ecuador, but Julian Assange is no closer to getting there.

The dramatic decision by the Latin American nation to identify the WikiLeaks founder as a political refugee is a symbolic boost for the embattled ex-hacker, but legal experts say that does little to help him avoid extradition to Sweden — and does much to drag Britain and Ecuador into an international faceoff.

"We're at something of an impasse," lawyer Rebecca Niblock said shortly after the news broke. "It's not a question of law anymore. It's a question of politics and diplomacy."

The silver-haired Australian shot to international prominence in 2010 after he began publishing a huge trove of American diplomatic and military secrets — including a quarter million U.S. embassy cables that shed a harsh light on the backroom dealings of U.S. diplomats. Amid the ferment, two Swedish women accused him of sexual assault; Assange has been fighting extradition to Sweden ever since.

The convoluted saga took its latest twist on Thursday, when Ecuadorean Foreign Minister Ricardo Patino announced that he had granted political asylum to Assange, who has been holed up at the small, coastal nation's embassy since June 19. He said Ecuador was taking action because Assange faces a serious threat of unjust prosecution at the hands of U.S. officials.

That was a nod to the fears expressed by Assange and others that the Swedish sex case is merely the opening gambit in a Washington-orchestrated plot to make him stand trial in the United States — something disputed by both by Swedish authorities and the women involved.

Patino said he'd tried to get guarantees from the Americans, the British, and the Swedes that Assange would not be extradited to the United States, but that all three had rebuffed him. If Assange were extradited to the U.S. "he would not have a fair trial, could be judged by special or military courts, and it's not implausible that cruel and degrading treatment could be applied, that he could be condemned to life in prison, or the death penalty."

Patino's decision was warmly received by Assange, who in a statement praised Ecuador's "courage."

Pro-Assange demonstrators gathered outside the Edwardian-era embassy building, just down the street from the famous Harrods department store, and broke out into cheers when the news filtered out onto the street.

"It must have been a tough decision for Ecuador because they had pressure," said Alejandra Cazas, an 18-year-old British-Bolivian citizen just outside the embassy. "Now they have to watch out that he arrives to Ecuador safely."

"There is no legal basis for us to do so," he said.

He said Assange was wanted in Sweden to answer allegations of "serious sexual offenses" and that the extradition had nothing to do with the work of WikiLeaks or with the United States.

The diplomatic repercussions continued Thursday with an unlikely confrontation between Sweden and Ecuador.

In a mark of its anger over the asylum ruling, the Swedish Foreign Ministry said it had summoned Ecuador's ambassador to complain about the decision. The country's foreign minister, Carl Bildt, said in a message posted to Twitter that "our firm legal and constitutional system guarantees the rights of each and every one. We firmly reject any accusations to the contrary."

Ecuador's President Rafael Correa did not seem to be any mood for compromise either, posting a tweet which read: "No one is going to frighten us."

The issue already seems to have frayed diplomatic ties between the U.K. and Ecuador. Britain's previous ambassador to Ecuador, Linda Cross, departed earlier this year and had been due to be replaced this month by Patrick Mullee. But his arrival has been delayed.

They could fray further if Britain's decides to enforce a little-known 1987 law that gives the U.K. the right to enter the embassy to arrest Assange — a development most legal experts called unlikely and potentially dangerous.

The inviolability of embassies "is a fundamental premise of international law," said Niblock, who practices at London law firm Kingsley Napley.

If Britain carried through with the move, "it would threaten their embassy premises around the world."

Meanwhile, legal experts and diplomatic historians were abuzz with various unlikely scenarios for Assange's escape from Britain — perhaps hidden in a diplomatic car or smuggled in an oversized diplomatic bag.

Niblock said she foresees a lengthy stay at the Ecuadorean Embassy for the famous secret-spiller, and Hague, the British foreign minister, appeared to echo her prediction.

"This could go on for quite a considerable time as things stand," he told reporters. "There is no time limit for resolving this."