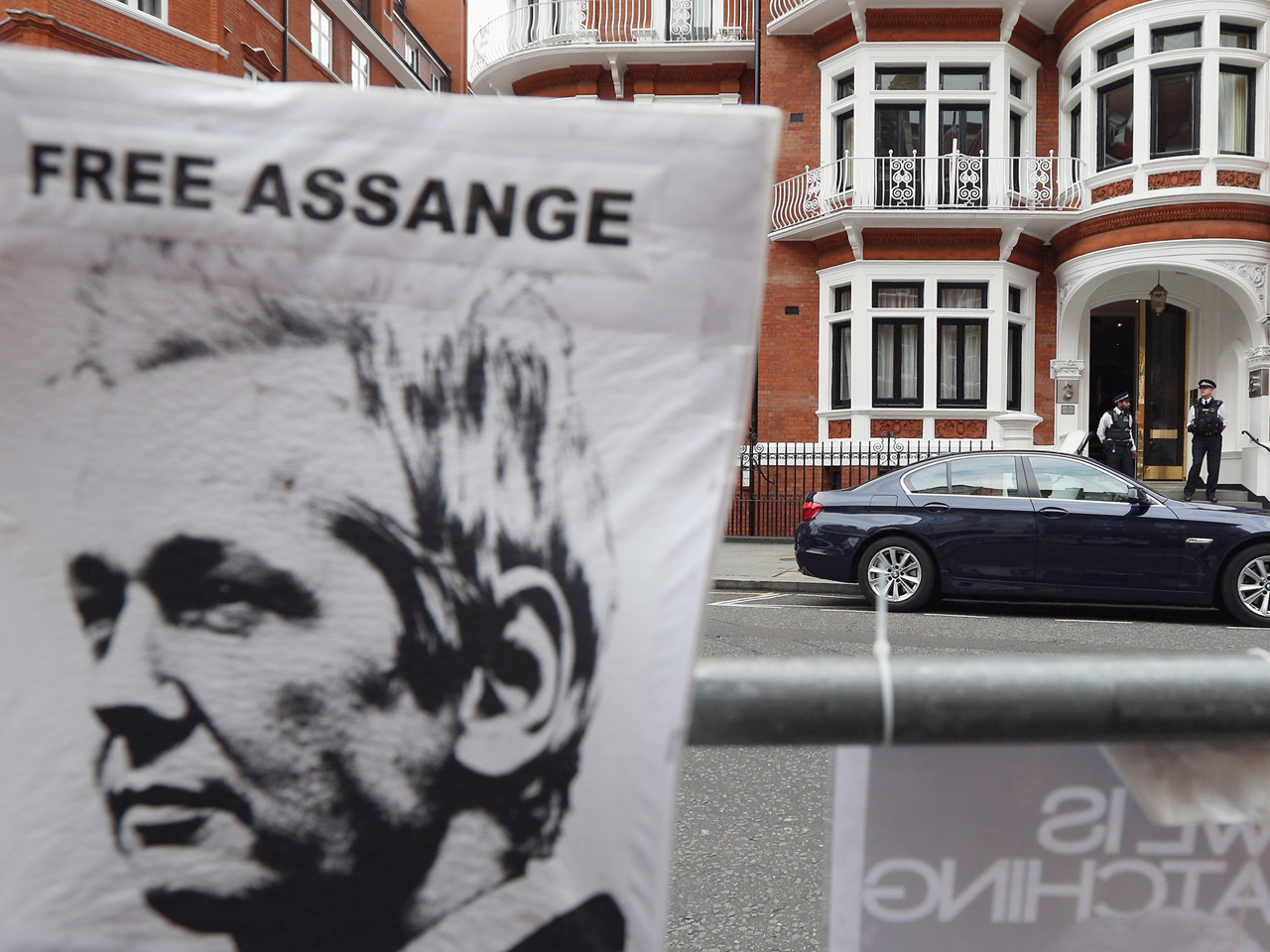 Ricardo Patino told a news conference that Ecuador received a written threat Wednesday from Britain that "it could assault our embassy" if Assange was not handed over. He said the threat was delivered to Ecuador's Foreign Ministry and ambassador in London.

The Press Association reports Patino released details of the letter it got from the British Foreign office.

The letter stated: "You need to be aware that there is a legal base in the UK, the Diplomatic and Consular Premises Act 1987, that would allow us to take actions in order to arrest Mr Assange in the current premises of the Embassy. We sincerely hope that we do not reach that point, but if you are not capable of resolving this matter of Mr Assange's presence in your premises, this is an open option for us."

The Australian has been holed up in the embassy since June 19, taking refuge to avoid extradition to Sweden, where he faces questioning for alleged sexual misconduct. Assange's supports say the charges are trumped up and believe the U.S. has secretly indicted him and would extradite him from Sweden. Ecuadorian officials have said they will announce Wednesday whether or not Assange will be given asylum.

British authorities have said repeatedly they will arrest Assange the minute he leaves the embassy. CBS News correspondent Charlie D'Agata reports the British Foreign Office merely reminded Ecuadorian officials that it was within its power to "reclaim" embassy property if necessary.

Ecuador has said it hopes to announce a decision this week on Assange's asylum request. On Tuesday, President Rafael Correa said the rumors that his country had already decided to grant political asylum to WikiLeaks founder Julian Assange are false.

Earlier, rumors circulated based on a newspaper report that the country had made the decision to take him in. Mr. Correa said he is still debating the issue.

In a tweet in Spanish, Mr. Correa said: "Rumor of asylum to Assange is false. There is still no decision on the matter" and that he was awaiting a report on the matter from his foreign ministry.

Correa told state TV earlier that it was necessary to examine a great deal of material about international law in order to make a responsible, informed decision. He said he expected to have the latest reports in hand by Wednesday.

Ecuadorian officials are concerned Assange could run the risk of being extradited to the United States and possibly face the death sentence there. Assange's supporters believe he has been secretly indicted there.