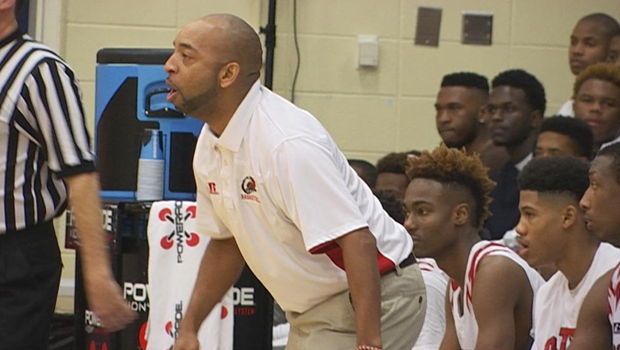 CHATTANOOGA, Tenn. -- A judge has ruled there's enough probable cause to proceed with charges against three Tennessee high school officials facing allegations they failed to report the sexual abuse of school basketball players by teammates.

Hamilton County Juvenile Court Judge Robert Philyaw issued his ruling at the end of a preliminary hearing that revealed more details about the Dec. 22 incident. The case now goes before a grand jury.

Gatlinburg Police charged three Ooltewah players with the aggravated rape of one player.

CBS affiliate WDEF previously reported that under Tennessee's mandatory reporting law, all three are required to report any suspected child sexual abuse to the state Department of Children's Services, the sheriff of the county in which the children reside, the police chief of the municipality in which the children reside or the juvenile court judge with jurisdiction over the child.

In its affidavit, the Hamilton County District Attorney's Office noted that Tennessee law required the school officials to report any suspected child sexual abuse to the state Department of Children's Services, the sheriff or police chief where the children reside or the juvenile court with jurisdiction over them. The Ooltewah officials instead took the child to a hospital and contacted police in Sevier County, where the alleged incident took place.

Lawyers representing the school officials noted the ambiguity of the statute and said their clients were being unfairly singled out.

They also pointed out that most of the witnesses at Monday's hearing said the Ooltewah officials had acted appropriately. Johnny Houston, the lawyer representing Williams, said his client was a volunteer coach who hadn't received any training on who he needed to contact in this type of situation.

"I don't think there's any way you can find fault with these three men in how they reacted to a terrible situation at a Christmas tournament," said Lee Davis, the lawyer representing Nayadley.

Among the witnesses who said the school officials handled the incident properly was Rodney Burns, a Gatlinburg police detective. Burns said "what this case actually is, is much smaller than what it's been blown up to be."

"This was something stupid that kids do that shouldn't have been done, but it wasn't done for sexual gratification or really sexual in nature," Burns said. "It was an assault, really. It just happened that the end result fit the definition of aggravated rape."

Burns said his interviews with Ooltewah players revealed a history of hazing involving the basketball team. He said one of the defendants told him he'd been hit with pool cues by teammates years earlier and older players had turned out the lights in the locker room and started punching teammates.

The judge said he was troubled by the testimony.

Ooltewah principal Jim Jarvis said "we have never had issues with hazing or bullying to my knowledge."

Hamilton County Schools Superintendent Rick Smith said last month that all three officials were suspended without pay while their cases are pending. Smith had announced then that Montgomery was being transferred to a nonteaching role off campus.

"(I'm) surprised and disappointed," Smith said. "I trust that we as school personnel are always going to do what's right and what's required of them. I hesitate to say much more about that because I don't know what's going to happen in the next few days or weeks. We'll see, and then we'll move forward from there."

Smith had announced last month he was calling off the rest of Ooltewah's season.

"We need to do everything in our power to insure that it doesn't happen again to another student," community education advocate Elizabeth Crews told WDEF.