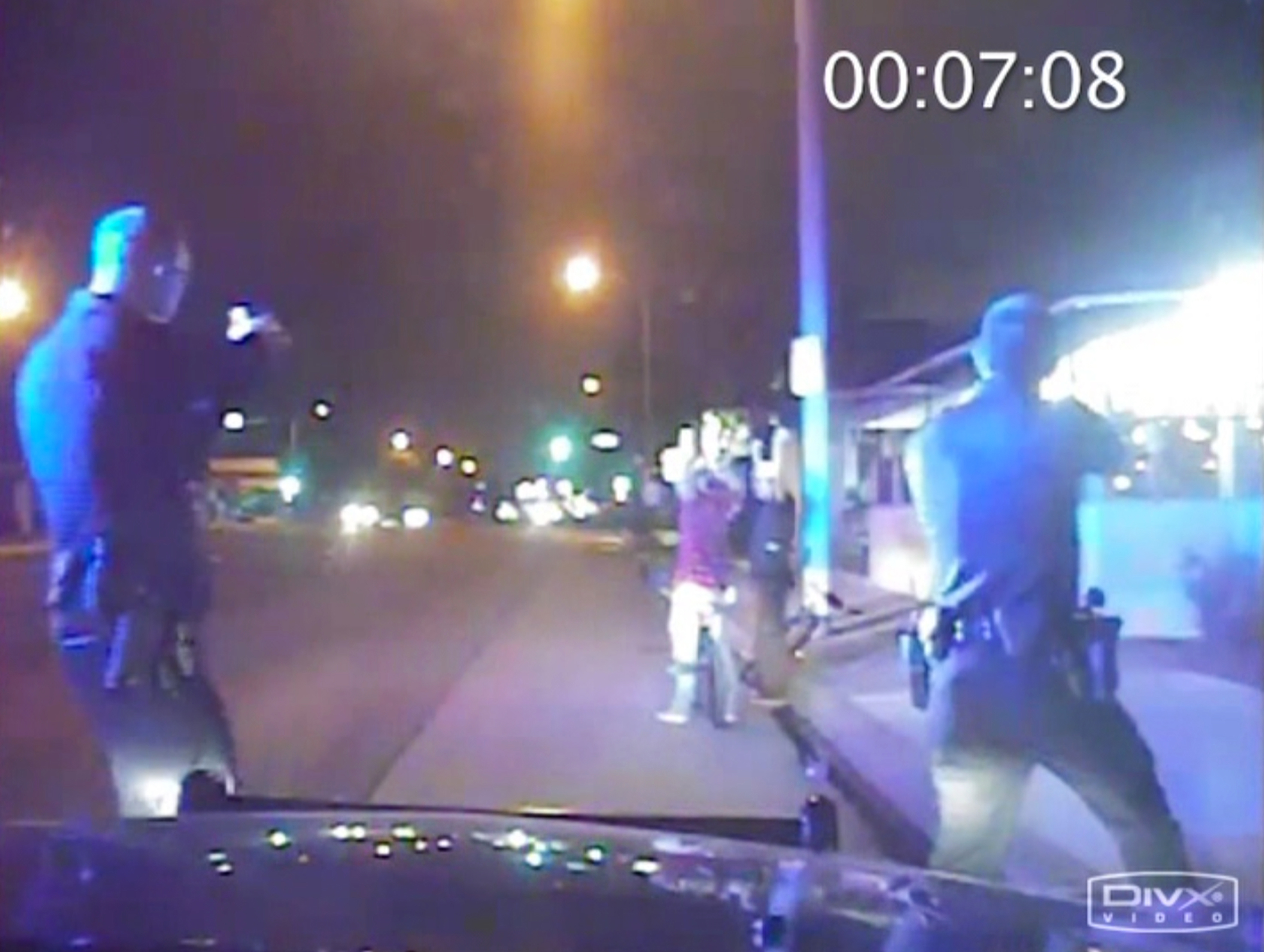 The public should be able to see what led the city of Gardena to pay $4.7 million to settle a lawsuit with the family of the dead man and another man wounded in the shooting, Judge Stephen V. Wilson said.

"The fact that they spent the city's money, presumably derived from taxes, only strengthens the public's interest in seeing the videos," Wilson wrote in his 13-page decision. "Moreover, defendants cannot assert a valid compelling interest in sealing the videos to cover up any wrongdoing on their part or to shield themselves from embarrassment."

But the order was stayed by a federal appeals court late in the day -- hours after the court had released what Wilson said were "potentially upsetting and disturbing because of the events they depict," but "not overly gory or graphic" videos.

A lawyer representing The Associated Press, the Los Angeles Times and Bloomberg had asserted there is intense public scrutiny of police shootings nationwide. The media organizations asked the judge to unseal the videos under a First Amendment right to access court documents.

"We applaud the court's decision to unseal the video," AP spokesman Paul Colford said. "The Associated Press, joining with other news organizations, believes it's important that the public has access to videos like this to better understand the actions of their police officers."

Footage shot from three police-car cameras shows the killing of Ricardo Diaz-Zeferino, who was stopped with two other friends by police investigating a bicycle theft early the morning of June 2, 2013.

The stolen bike belonged to Diaz-Zeferino's brother and he was trying to find it, but he was shot when he didn't obey officers' commands to stand still with his hands in the air, according to the Los Angeles County district attorney in a report outlining why officers weren't charged.

In the videos, Diaz-Zeferino, who was drunk at the time, first followed police orders to raise his hands, but then lowered them three times. The final time, he removed his ball cap, lowered his arms and reached out with his palms up. That's when police opened fire.

Witnesses said Diaz-Zeferino was trying to tell officers that they stopped the wrong men.

Camera footage shot from the side where the three officers opened fire shows his right hand go out of view at his waist when they began shooting. Officers said they feared he was reaching for a weapon.

Diaz-Zeferino was shot eight times, and Eutiquio Acevedo Mendez was shot once. They fell to the street.

The ruling comes amid public debates over what footage should be made public as police officers and cruisers are increasingly equipped with cameras to capture evidence that can be used against criminals or to hold officers accountable for their own behavior.

Michael Overing, a lawyer and journalism professor at the University of Southern California, said that in addition to being cited in future court filings the ruling could help provide guidance as lawmakers grapple with those issues.

"Right now, video is being suppressed," Overing said. "This is going to help open the floodgates so the public can see it ... and see if actions are justified."

Gardena was joined by police chiefs and officer groups around the state in arguing that making such videos public would dissuade cities from employing the technology.

Wilson said that was a political concern and not for him to judge.

The city of Gardena argued that releasing the footage would create a "rush to judgment" about the officers' behavior, but Wilson dismissed that idea during arguments Monday. The judge said the public may see the videos and reach the same conclusion as prosecutors that the shooting was justified.

Lawyers for Diaz-Zeferino said the investigation into the shooting was tainted because officers were able to review the videos before giving statements, a courtesy not offered to a member of the public involved in a shooting.

Attorney Samuel Paz said they may ask federal prosecutors to investigate whether the shooting was a civil rights violation.

"I think it is really helpful for the public to understand why they would be willing to pay $4.7 million to settle the case when we were on the eve of trial," Paz said. "When the public sees the video and other law enforcement agencies see the video, this is very much a criminal act."

"The events that night in 2013 were tragic for all involved. We continue to sympathize with the families and regret their loss," Gardena Police Chief Ed Medrano said a statement after the video was released, according to CBS Los Angeles.

In his statement, Medrano said in part that "the criminal, civil and administrative cases are closed and our position is that everybody who needed to see the videos has had the opportunity to do so."