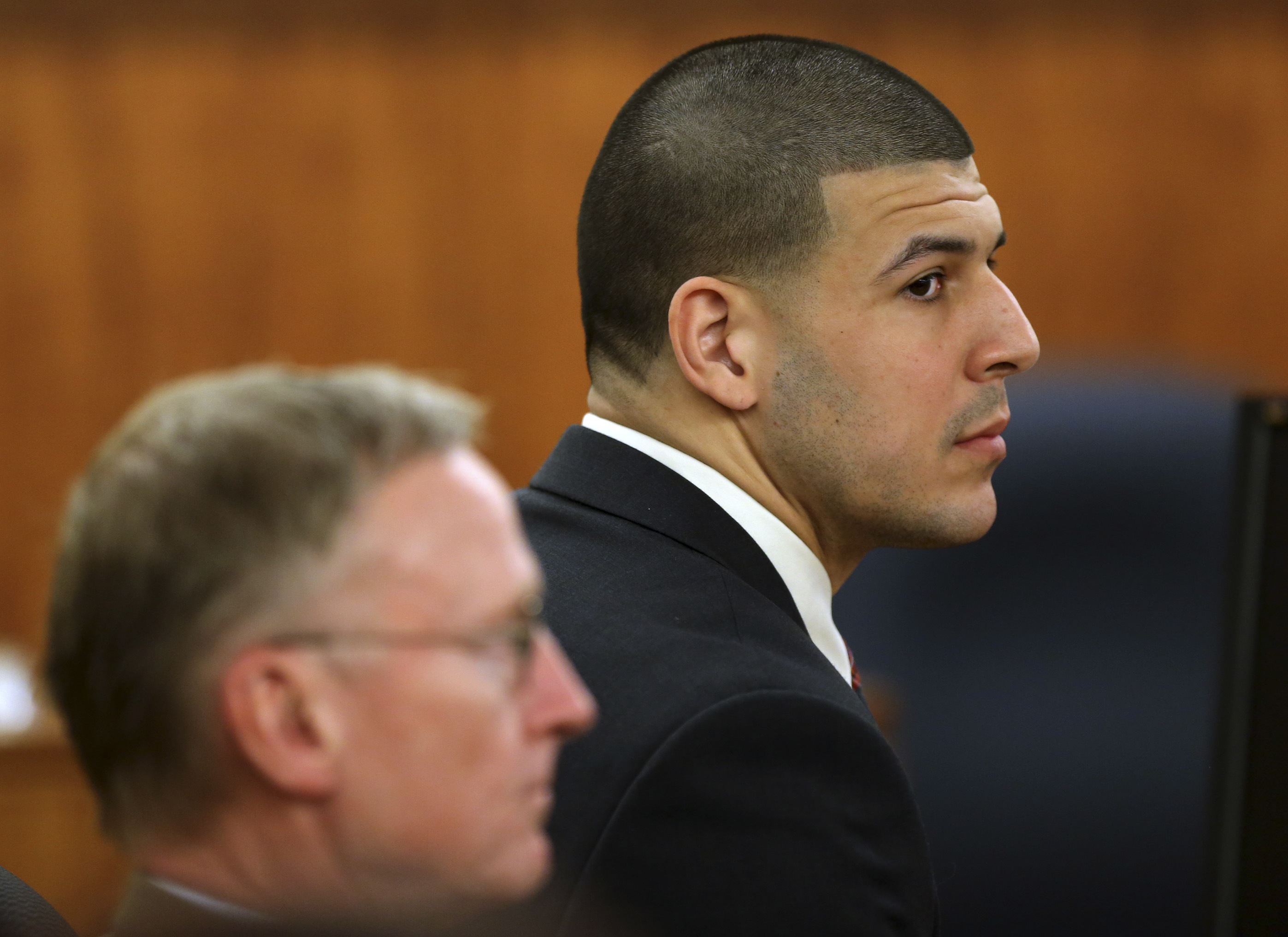 BOSTON -- A judge on Tuesday agreed to postpone the double murder trial of former New England Patriots player Aaron Hernandez while prosecutors try to get their hands on evidence now held by a law firm that previously represented him.

The trial in the 2012 killings of two Boston men was scheduled to begin Dec. 1. Judge Jeffrey Locke moved the start date to Jan. 19 after holding a lengthy closed-door hearing.

Hernandez was convicted this year in the June 2013 killing of Odin Lloyd, who was dating the sister of Hernandez's fiancee. He is serving a life sentence.

Neither side nor the judge in the double-murder case would say what that the specific evidence is. But Locke did say it relates to a defendant's right to seek confidential legal advice from a lawyer.

Prosecutors say Hernandez fatally shot Safiro Furtado and Daniel de Abreu in July 2012 after a chance encounter at a Boston nightclub. Hernandez has pleaded not guilty.

A law enforcement official close to the investigation told The Associated Press that the issue centers on whether prosecutors should be allowed to have access to Hernandez's cellphone. The official was not authorized to release details and spoke on condition of anonymity.

Hernandez, who was in court Tuesday, gave the cellphone to one of his lawyers in June 2013.

Locke said in open court that prosecutors are seeking access to evidence they say is necessary for the criminal case against Hernandez. The judge said he closed the hearing to the public because the issues discussed could touch on Hernandez's Fifth Amendment right against self-incrimination and his Sixth Amendment right to a fair trial.

The judge said the issue is also related to the right of someone to seek confidential legal advice and services.

The judge did not immediately rule on the request from prosecutors but said he expects to issue his decision within two weeks.

Charles Rankin, one of Hernandez's attorneys, told the judge that no matter which way he rules, the losing side is likely to appeal to the Supreme Judicial Court, which will inevitably delay the start of the trial.

Locke set the new date for January, saying the trial could be further delayed if the appeal is still pending before the high court.