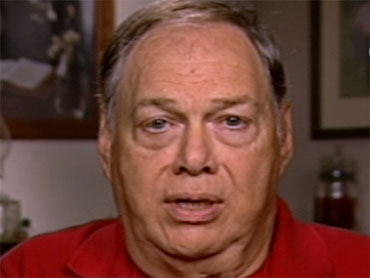 The Louisiana Justice of the Peace who refused to marry an interracial couple said on "The Early Show" he doesn't see what the problem is with what he did now, because the couple is already married.

"I'm sorry, you know, that I offended the couple, but I did help them and tell them who to go to and to get married," he said. "And they went and got married, and they should be happily married, and I don't see what the problem is now."

Keith Bardwell, a white justice of the peace in Tangipahoa Parish in southeastern Louisiana, wouldn't issue a license to or preside over the nuptials for Beth Humphrey, who is white, and Terence McKay, of Hammond, La., who is black.

The two were later married by another area justice of the peace.

Bardwell, who's held his post more than 30 years, said he refused to perform the ceremony because of his concern for the future of the couple's children.

Bardwell told "Early Show" co-anchor Harry Smith, "I've had countless numbers of people that was born in that situation, and that they claim that the blacks or the whites didn't accept the children. And I didn't want to put the children in that position."

Bardwell also said he does not issue marriage licenses, he just performs the ceremonies.

"I recused myself of performing the ceremony. A judge is legally -- can recuse himself of hearing a case or marrying people," he said.

However, according to Humphrey, Bardwell wouldn't issue them a marriage license. Humphrey says she initially spoke to Bardwell's wife, who said her husband would not issue the license because they are an interracial couple.

Humphrey said, "I was just completely shocked. I had no words."

Bardwell denied on "The Early Show" that he broke any laws.

But would Bardwell refuse anyone else a marriage ceremony?

Initially, he said he would not refuse a couple on any other grounds, but then corrected himself, saying, for example, he would refuse to marry a couple if one -- or both of them -- was intoxicated.

"I can recuse myself and tell them to come back when they're sober," he said. "That's legal."

Smith also reacted to a statement by Louisiana Gov. Bobby Jindal, who said a nine-member commission that reviews lawyers and judges in the state should investigate and take immediate "disciplinary action," including "the revoking of his license."

Bardwell countered on "The Early Show" that he doesn't have a license.
"I'm an elected official," he said. "So he quite didn't know what he was talking about by losing my license."

The American Civil Liberties Union in Louisiana and the Center for Constitutional Rights and Justice say Bardwell should quit immediately, as does the Hammond chapter of the NAACP.

Humphrey and McKay are now mulling legal action against Bardwell.