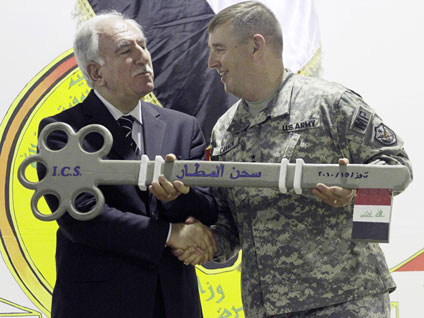 A judge attacked former Environmental Protection Agency chief Christine Todd Whitman for reassuring Manhattan residents soon after the 2001 terrorist attacks that the environment was safe to return to homes and offices while toxic dust was polluting the neighborhood.

"No reasonable person would have thought that telling thousands of people that it was safe to return to lower Manhattan, while knowing that such return could pose long-term health risks and other dire consequences, was conduct sanctioned by our laws," U.S. District Judge Deborah A. Batts wrote, calling Whitman's actions "conscience-shocking."

Batts refused to grant Whitman immunity against a class-action lawsuit brought in 2004 by residents, students and workers in lower Manhattan and Brooklyn who said they were exposed to hazardous dust and debris after the Sept. 11, 2001 attack.

The judge let the civil lawsuit proceed against the EPA and Whitman, permitting residents, students and workers to try to prove that the agency and its administrator endangered their health by their actions and statements soon after the attack.

The lawsuit sought unspecified damages and reimbursement for cleanup costs and asked the court to order a medical monitoring fund be set up to track the health of those exposed to trade center dust.

In an 83-page decision, Batts noted that the EPA and Whitman said shortly after the attack brought down the 110-story twin towers that the air in and around the area was safe to breathe.

In a Sept. 13, 2001, press release, the EPA said the air around the disaster site was relatively safe and that short-term, low-level exposure of the kind produced there "is unlikely to cause significant health effects."

The judge noted that Whitman in the same press release said her agency was "greatly relieved to have learned that there appears to be no significant levels of asbestos dust in the air in New York City."

The upbeat theme continued in the days and weeks to follow, with Whitman saying on Sept. 16, 2001, that air samples produced registered levels "that cause us no concern." Two days later, she said she was glad to reassure New York and Washington residents that their air and water was safe.

The lawsuit alleges that the EPA did not have sufficient information and lacked the monitoring data necessary to make the reassuring statements.

The EPA's Office of the Inspector General eventually criticized the agency's response, saying it did not have available data and information to support the Sept. 18, 2001, statement that the air was safe to breathe.

The EPA's internal watchdog found the agency, at the urging of White House officials, gave misleading assurances there was no health risk from the dust in the air after the towers' collapse.

Quoting a ruling in an earlier court case, the judge said a public official cannot be held personally liable for putting the public in harm's way unless the conduct was so egregious as "to shock the contemporary conscience."

Given her role in protecting the health and environment for Americans, Whitman's "reassuring and misleading statements of safety after the Sept. 11, 2001 attacks are without question conscience-shocking," Batts said.

The judge said Whitman knew that the collapse of the buildings released tons of hazardous materials into the air that would have endangered the public and yet she encouraged residents, workers and students to return to the area.

"By these actions, she increased, and may have in fact created, the danger to plaintiffs," she said.

Batts added: "Without doubt, if plaintiffs had not been told by the head of a federal agency entrusted with monitoring the environment that it was safe, plaintiffs would not have so readily returned to the area so soon after the attacks."

U.S. Rep. Jerrold Nadler, a Democrat whose district includes the trade center site, said the many people who worked at the site and developed respiratory diseases deserve answers.

"I feel vindicated because we were screaming into the wind on this," he said in a telephone interview. "It is my assumption that thousands of people — workers and residents — are being slowly poisoned today because these work places and residences were never properly cleaned up."

U.S. Sen. Hillary Clinton said in a statement that New Yorkers are still depending on the federal government to describe the ongoing risk from contaminants.

"I continue to believe that the White House owes New Yorkers an explanation," she said.