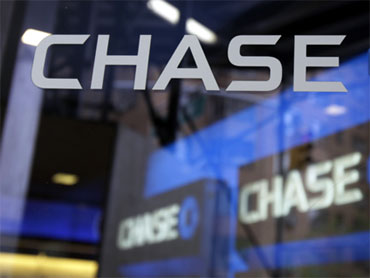 The strong results offered hope that loan losses at the United States' big banks may have peaked in the first half of 2010, a critical step before banks can become stronger and boost lending to consumers and small businesses.

JPMorgan Chase, the first of the big banks to report earnings for the April-June period, easily surpassed analysts' expectations as it earned $1.09 a share, up 28 cents a share from a year earlier. Analysts had forecast a profit of 67 cents per share in the just-ended quarter. Net revenue, however, fell nearly 8 percent from a year ago to $25.6 billion.

JPMorgan Chase has been one of the strongest banks as it weathered the financial crisis and recession, so its performance shouldn't necessarily be taken as a sign of how well other banks did during the quarter. Many financial companies don't have such big investment banking operations, which includes trading of stocks and bonds. That has allowed JPMorgan, the nation's largest bank by assets, to make up for losses in its consumer lending division.

Yet it was a sharp drop in loan losses, not trading profits, that helped JPMorgan the most in the last quarter. The bank set aside $3.36 billion to cover bad loans, down a whopping 65 percent from a year ago and 52 percent from the first quarter. The improvements mean the bank is seeing fewer delinquencies in its lending business, though JPMorgan Chief Executive Jamie Dimon said loan losses overall "remain at extremely high levels."

"It is too early to say how much improvement we will see from here," Dimon said. Bankers have been cautious throughout the aftermath of the 2008 financial crisis when reporting progress in their loan businesses. Economists and investors are looking to those loan loss levels as an indicator of how well the economic recovery is faring.

Dimon also warned of possible "unintended consequences" to the bank's business from the financial regulatory overhaul awaiting congressional approval. The new rules would require banks to hold more capital and would restrict their trading of risky but lucrative securities like derivatives.

In the second quarter, a big drop in the stock market hurt JPMorgan's investment banking unit. Revenue fell 6 percent from a year ago to $1.4 billion as the bank earned smaller fees on equity and debt underwriting and advising on corporate deal-making.

The Standard & Poor's 500, considered the best measure of how stocks have fared, fell 11.9 percent from April through June, its worst showing since the financial crisis devastated stocks in the fourth quarter of 2008. All the banks with big trading operations are expected to report a drop in their income from those businesses.

But a drop in loan losses helped the bank make up for the slowdown in investment banking. Revenue in the consumer lending unit jumped 10 percent from a year ago to $2 billion as the bank saw fewer loan losses across its major consumer businesses including mortgages, credit cards and student loans. However, JPMorgan Chase did report an increase in losses from commercial real estate loans, which have lagged consumer mortgages as they've gone into default.