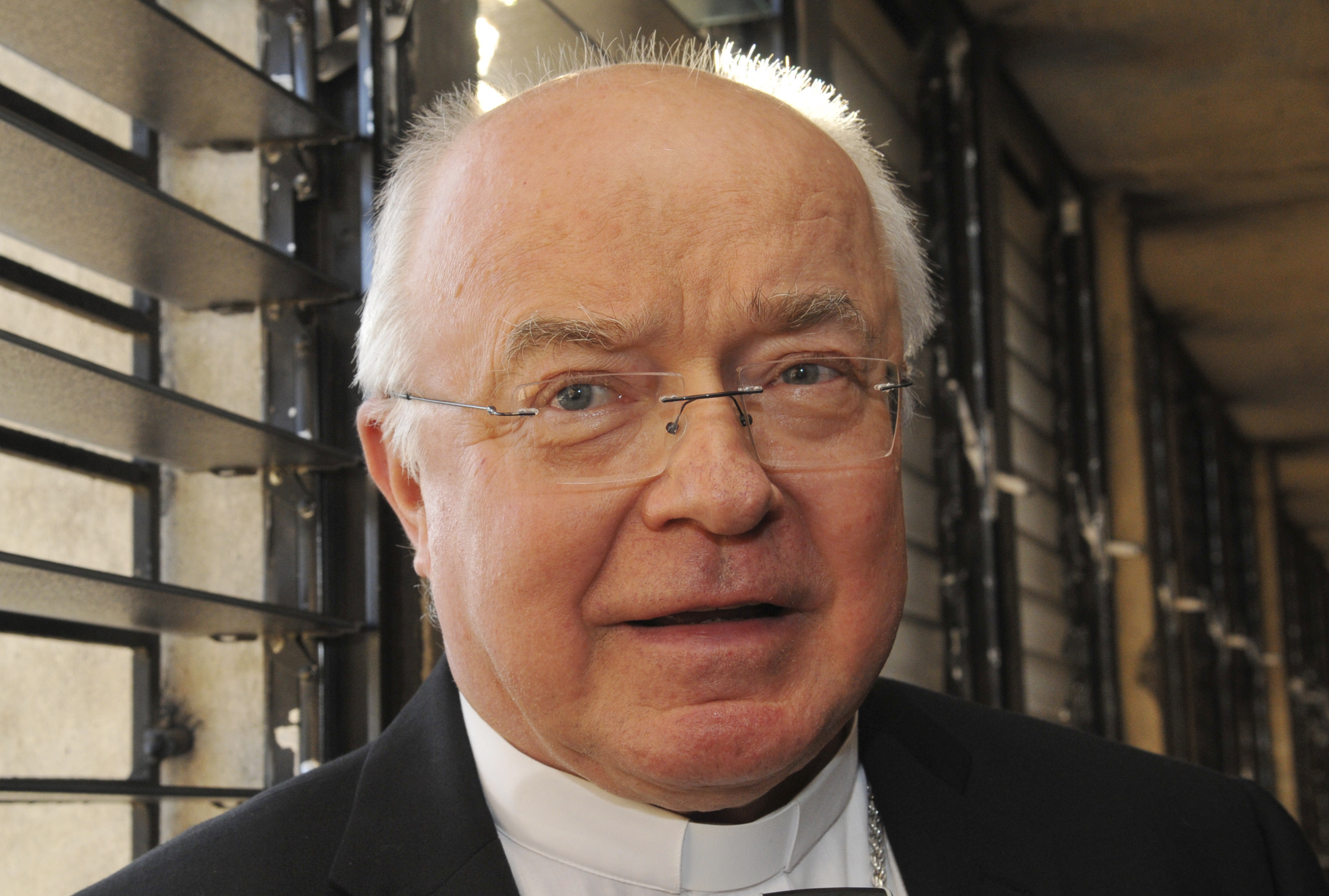 VATICAN CITY -- The Vatican's former ambassador to the Dominican Republic has been convicted by a church tribunal of sex abuse and has been defrocked, the first such sentence handed down against a top papal representative.

The Vatican said Friday that Monsignor Jozef Wesolowski was found guilty by the Vatican's Congregation for the Doctrine of the Faith in recent days, and sentenced to the harshest penalty possible against a cleric: laicization, meaning he can no longer perform priestly duties or present himself as a priest.

Wesolowski has two months to appeal. He also faces other charges by the criminal tribunal of Vatican City, since as a papal diplomat he is a citizen of the tiny city state.

The Holy See recalled the Polish-born Wesolowski on Aug. 21, 2013, and relieved him of his job after the archbishop of Santo Domingo, Cardinal Nicolas de Jesus Lopez, told Pope Francis about rumors that Wesolowski had sexually abused teenage boys in the Dominican Republic.

Wesolowski is the highest-ranking Vatican official to be investigated for alleged sex abuse, and his case raised questions about whether the Vatican, by removing him from Dominican jurisdiction, was protecting him and placing its own investigations ahead of that of authorities in the Caribbean nation.

The Vatican has never said how Wesolowski responded to the charges and hasn't provided any contact information for his lawyer.

The case is particularly problematic for the Vatican since Wesolowski was a representative of the pope, accused of grave crimes that the Holy See has previously sought to distance itself from by blaming the worldwide sex abuse scandal on wayward priests and their bishops who failed to discipline them, not Vatican officials.

The case has also been delicate because Wesolowski was both ordained a priest and bishop by his Polish countryman and former pope, St. John Paul II.

Last month, the Vatican revealed that over the past decade, it has defrocked 848 priests who raped or molested children and sanctioned another 2,572 with lesser penalties, providing the first ever breakdown of how it handled the more than 3,400 cases of abuse reported to the Holy See since 2004.