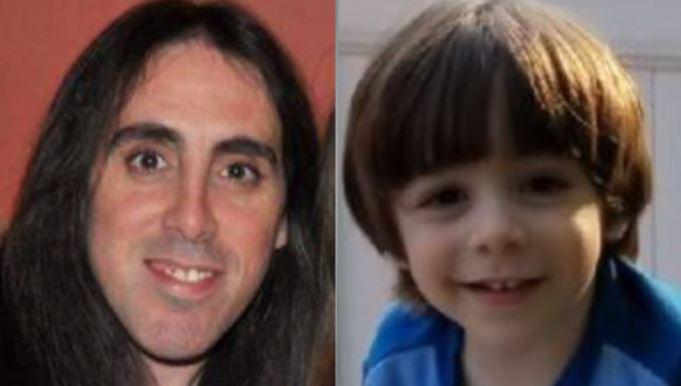 NEW YORK -- A 2-year-old Long Island boy and the father suspected of fleeing with him are believed to be dead in Virginia, police said Wednesday, a tragic development in a case in which state police declined to issue an Amber Alert. Suffolk County police said they were awaiting positive identification to confirm that the bodies found in a vehicle in a residential neighborhood in Rockbridge County are Jovani Ligurgo and his father, John.

The vehicle has the same license plate as Ligurgo's Jeep Grand Cherokee and the bodies matched their descriptions, police said.

Suffolk Police wouldn't comment Wednesday on a cause of death, but referred to the Virginia location as a crime scene. They said they were contacted by the Rockbridge County Sheriff's office after investigators there determined the vehicle had been entered as missing into a national law enforcement alert system.

Authorities in Rockbridge County confirmed to CBS affiliate WDBJ7 the two people in the car both suffered gunshot wounds.

An official cause of death hasn't been released, the station reports. A rifle was recovered from the vehicle.

Jovani's mother had dropped off the boy at Ligurgo's condominium about 7 a.m. Tuesday to spend the day with his father. The mother alerted police Tuesday after the 43-year-old Ligurgo failed to drop the boy off at her home between 3:30 and 4 p.m., as per a family court visitation order, Suffolk police said. The couple had been involved in a custody dispute, family told CBS New York.

Around the same time, a fire was reported at the man's home in Coram. Police responded and determined the case to be an arson and that someone had torched two beds, according to Suffolk police. The mother heard about the fire while waiting for police to respond and went to Ligurgo's home, where she was interviewed by arson detectives, and a missing-persons investigation was launched.

The mother also told police a gun was missing from the home, according to Suffolk police.

Suffolk police asked New York State Police to issue an Amber Alert, but state police said they did not provide enough information to meet the criteria for one.

Amber Alerts are issued only when an abducted child is in danger of serious bodily harm or death, state police said. Suffolk police said Ligurgo may have been armed with a hunting rifle, but that they had no indication that he would harm his son.

Suffolk police wouldn't comment on the family's history, but said the father had no criminal record and had lost his job.