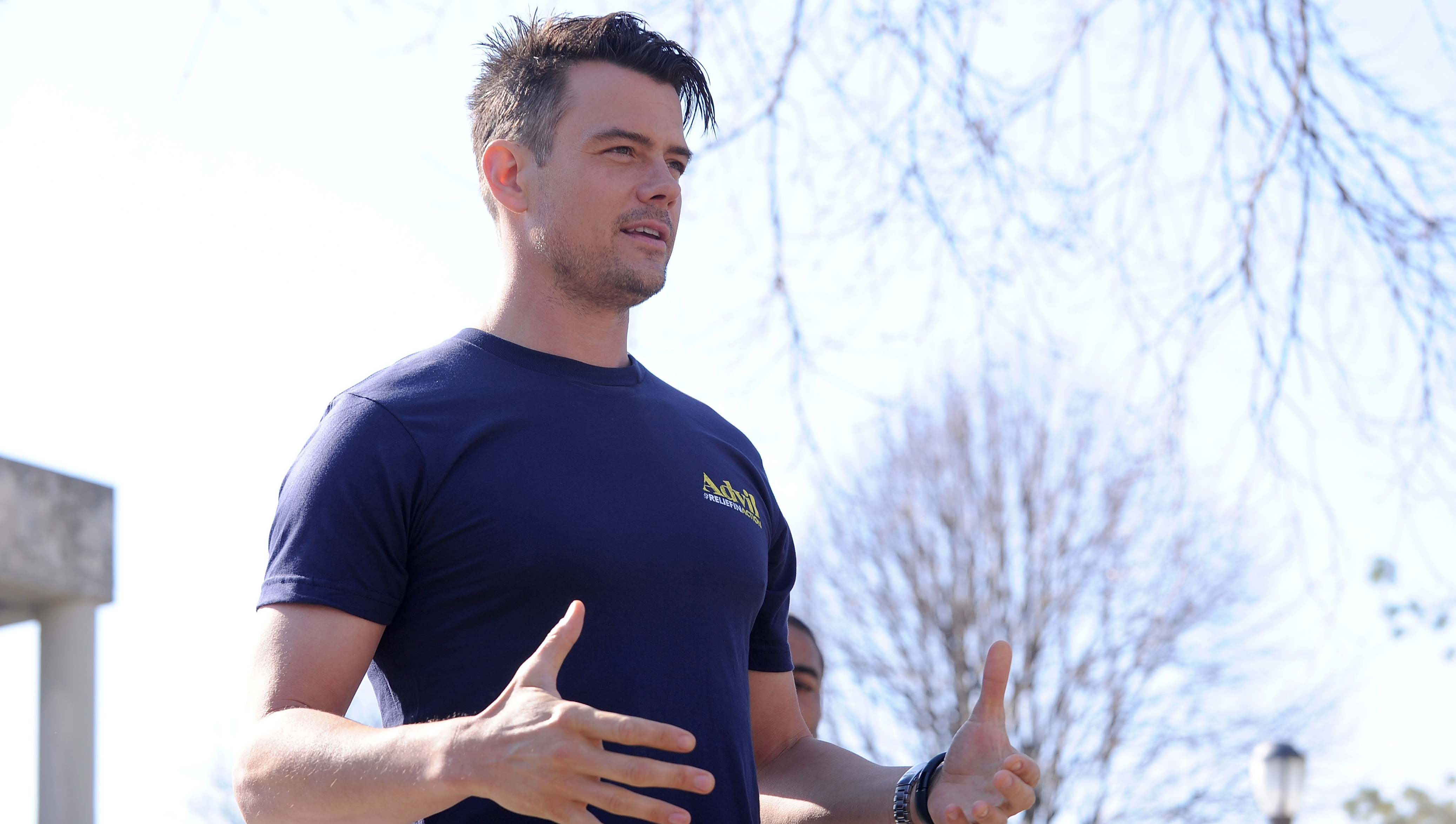 Josh Duhamel has been spending a lot of time lately on big-screen projects, but when the creator of "Breaking Bad" calls about a new TV series, you best be ready.

"It was just one of those situations that I just couldn't pass up," Duhamel told CBS News. "I wasn't really looking to go back to TV because I was loving what I was getting to do. I was just enjoying my path."

Duhamel's path as of late includes the 2013 romantic drama "Safe Haven" and the upcoming film "Don Peyote" with Anne Hathaway.

"There were just so many good people around it," Duhamel said about "Battle Creek," which co-stars which co-stars Kal Penn, Janet McTeer and Edward Fordham Jr. "And it was in L.A. and it was a chance to work close at home and stay close to home with my family."

Duhamel says the straight-to-series drama will center on "an eclectic group of odd-ball cops."

"It's a throwback old-school cop show. I play an FBI agent whose setting up a satellite office in Battle Creek, Mich. We work together some of the local detectives in this underfunded run-down department. So my character has all the resources in the world and this poor police department has almost nothing," he said. "So it's a contrast between local law enforcement and the FBI. It's funny, but it's also a serious procedural at the same time."

The cast shot the pilot a little over a week ago, and filming won't pick back up again until July. Which means Duhamel has a little downtime to pursue other interests, including lending a hand to others. An active volunteer, Duhamel recently participated in National Volunteer Week, which ran from April 6-12. He teamed up with the organization Points of Light to take part in the Advil Relief in Action initiative, part of a Mobile Relief Center tour making 100 stops throughout the country.

Duhamel says he caught the volunteer bug at a young age while growing up in North Dakota.

"It started with my mom. Still to this day she's a volunteer back home. She's like queen of volunteers," he said. "At the time I hated it because I always had to go do stuff. But as I got older I really appreciated not only the work she did but now having organized a few things -- the work that can be done when volunteers are involved. The most meaningful things can't be done without the help of volunteers."

Although Duhamel, who starred for years in the NBC TV series "Las Vegas," is returning to the small screen, he's also keeping busy in the movie scene as well -- having recently wrapped "Lost in the Sun." It's a film that's been in the works for years, Duhamel says.

"It's sort of in the same vein as 'Thelma & Louise' and 'Paper Moon.' It's myself and this kid -- and his mother just passed away, and I'm taking him from Texas to New Mexico," said Duhamel. "But what the kid doesn't know is that I'm really holding him ransom and I'm not going to take him to his grandparents' unless they pay me. He's a desperate, broke small-time criminal who teaches this kid along the way. He becomes sort of his partner in crime. He's a pretty despicable character."

And when he's not acting or volunteering, you catch Duhamel playing daddy. He and pop singer Fergie welcomed their first child, Axl Jack, last August.

"It's really fun," he said. "He's growing up fast. They say they grow up fast, but you ain't kidding. He's already about to talk and walk. It seems like yesterday that he was this helpless little infant and he's turning into a little boy already. It's great. I have no complaints. Mom is doing great...She's especially loving it now that they can play a little bit."

Fergie, meanwhile, has also been busy working on a new solo album, her first since 2006 and taking in lots of new music -- she went to Coachella last weekend.

"She's full of inspiration and creativity right now. It's fun to see her get inspired again. They [The Black Eyed Peas] were on the road for so long I think she was a little bit tired of it -- a little ready to take a break," he said. "She's been writing a lot and listening to a lot of music."