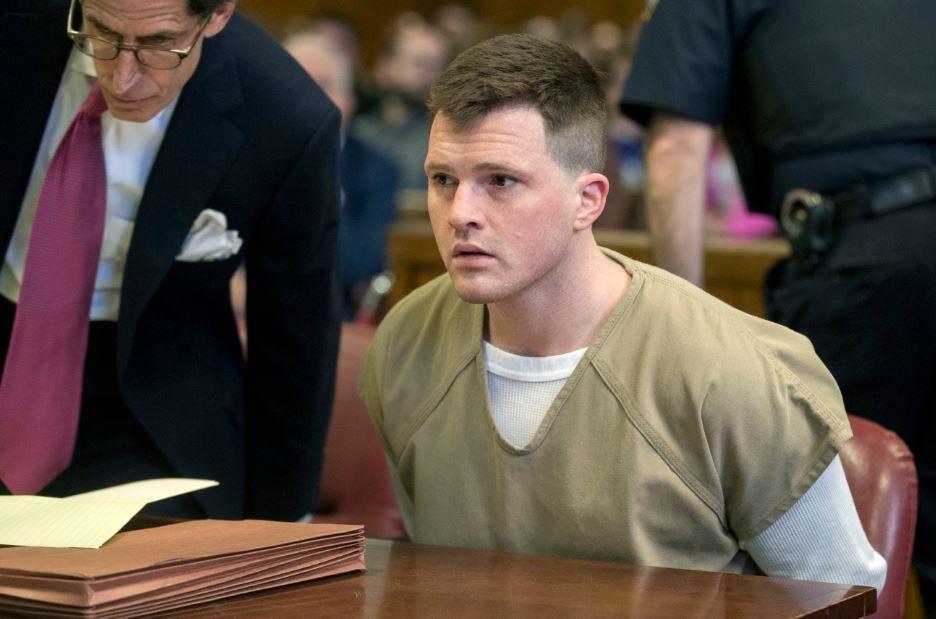 NEW YORK — A man will spend up to life in prison for the beating and stabbing death of a party guest at his luxury Manhattan apartment, the maximum sentence possible in the case.

James Rackover was sentenced to about 29 years to life on Wednesday for the 2016 murder of Stamford, Connecticut, resident Joseph Comunale. "48 Hours" investigated the case against Rackover, the surrogate son of so-called "Jeweler to the Stars" Jeffrey Rackover, in the episode "What Happened in Apartment 4C?"

It's not clear what triggered the deadly violence. Authorities say partygoers were snorting cocaine and drinking.

Comunale's body was shoved out of a window and stuffed in a car trunk. It was taken to Oceanport, New Jersey, where it was torched and buried in a makeshift grave.

His father, Patsy Comunale, called Rackover a "coward" who "has no place in a free society," according to the New York Daily News. Rackover was found guilty last month of all charges against him, including murder and concealment of a corpse, reports CBS New York.

Manhattan District Attorney Cy Vance said in a statement the maximum sentence was "the only appropriate sentence to address the pain and loss that Joey's murder inflicted on the Comunale family."

Two other defendants are awaiting trial.