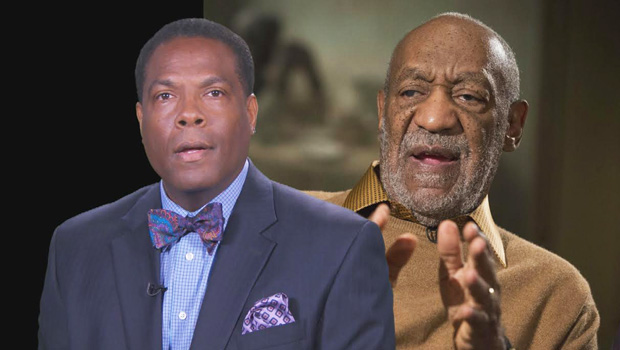 The New York Times today released excerpts of a lawsuit deposition Bill Cosby gave under oath a decade ago. In it, Cosby admits he offered money to women after having sex with them, and says he hid the payments -- and his behavior -- from his wife. So what to make of all this? Thoughts now from author and actor Joseph Phillips, who once appeared on "The Cosby Show":

Legendary basketball coach John Wooden was often quoted speaking about the importance of character. "Be more concerned with your character," Wooden said, "because your character is what you really are, while your reputation is merely what others think you are."

When we idolize men based on their reputations, we open ourselves up for disappointment when their character flaws are exposed.

It's nothing new; it happens all the time. We love a ballplayer because of his feats on the field and then we discover that he gambled on games. We admire a president, and then discover that he is a chronic liar and a cheat. We work for America's Dad, and then he is accused of being a serial rapist.

If the allegations against Bill Cosby are true, which I believe them to be, then Bill Cosby is a man with a tremendously flawed character who enjoyed a stellar reputation.

But Bill Cosby is also more than that, isn't he? In spite of his flawed character, Bill Cosby was a brilliant comic and actor, a philanthropist, a patron of the fine arts, a teacher, a man concerned with educating children, a warrior for civil rights. The good works that bolstered his reputation created a legacy, the Bill Cosby legacy.

So if a man nurtures his reputation by doing public good, what becomes of those works when his true character is revealed, and he suffers the inevitable fall from grace?

Do we simply discard a man's brilliance, his philanthropy, his wisdom and humanitarianism? How much of that legacy are we allowed to celebrate?

For some, the answer is zero. The gravity of his acts demands that his legacy be tossed into the trash bin of history.

For others, the value of his works outweighs his character flaws. His legacy is paramount and must be jealously guarded.

And still for others, like myself, there is a struggle to reconcile the dissonance -- an attempt to condemn the behavior on one hand, while preserving what was good and of value on the other. It's a difficult balancing act to be certain. It may be that none of us has the moral equilibrium to pull it off.

Behaviors carry consequences! Watching your legacy crumble before your eyes is clearly one consequence. Civil or legal consequences may follow.

But the one thing for certain is that the Cosby legacy will be determined by the character Bill Cosby demonstrates now, in this moment. His reputation no longer matters.

Protecting our national parks from overcrowding