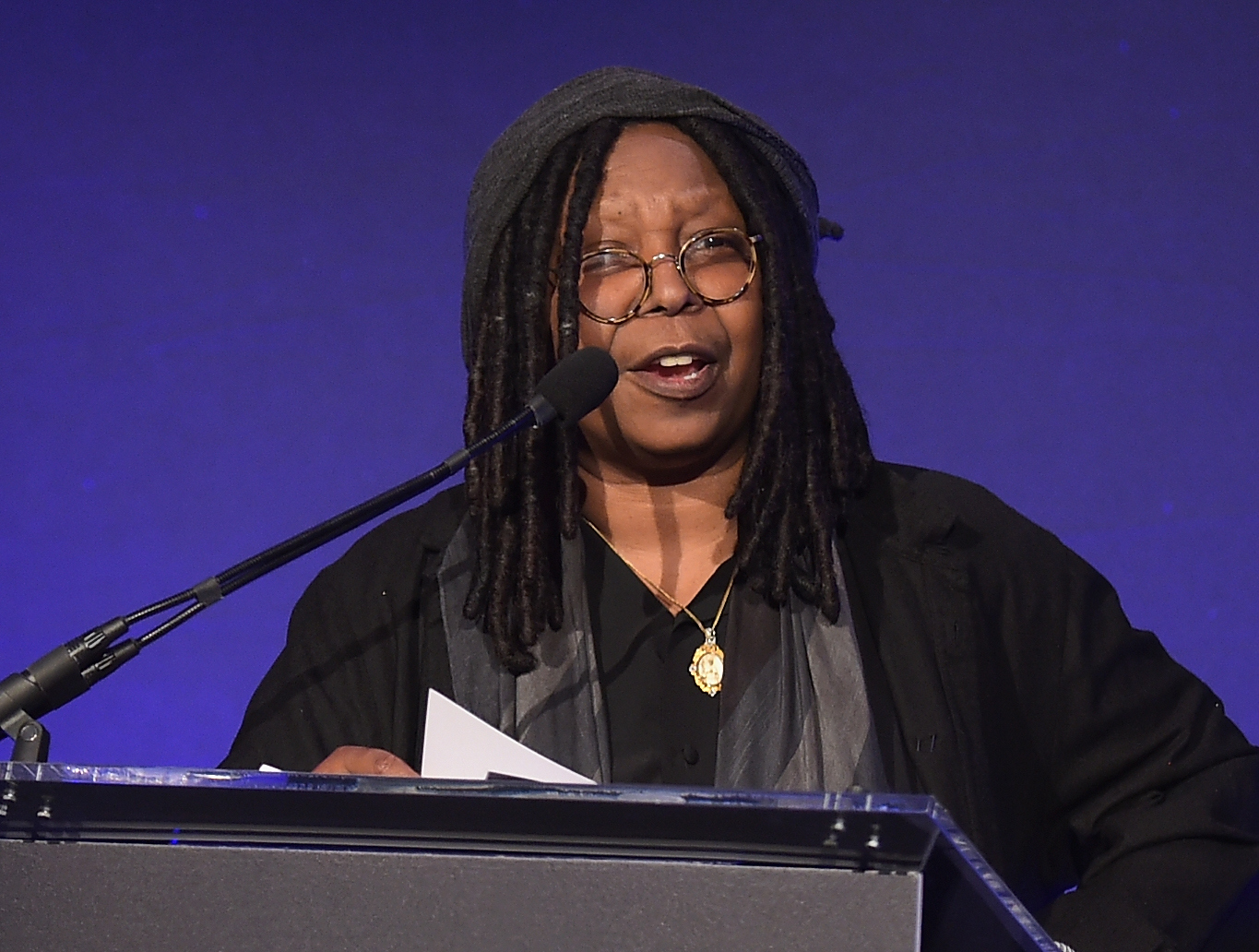 Bill Cosby's biggest public defender, Whoopi Goldberg, is backing off her support after getting some legal advice Tuesday on the daytime talk show "The View."

Goldberg said that "all of the information that's out there kind of points to (Cosby's) guilt."

Goldberg defended Cosby last week after the release of court documents showed the comic admitted in 2005 to obtaining Quaaludes with the intent of giving them to women he wanted to have sex with. More than two dozen women have accused Cosby of sexual misconduct in the past four decades, and many of them alleged that he drugged them before sex.

A day after defending him on the air, Goldberg angrily reacted to people who attacked her on social media. She said she believed in a person's innocence until proven guilty in a court of law.

So "The View" brought on ABC News legal analyst Daniel Abrams Tuesday to explain that because of the statute of limitations in various states, it is very unlikely that any of the women making accusations against Cosby will be able to take him to court.

Essentially, the only recourse for many of these women is the court of public opinion, Abrams said.

"I mean, it is impossible to ignore the consistency of these stories," Abrams said.

Goldberg said the fact that the passage of time prevents many of these women from taking their accusations to court is "a shock to me."

"I can't say any more 'innocent until proven guilty,' can't say that anymore," Goldberg said, "because there's no way to prove it. We are the only proof that folks have. We're the only backup they have."

She urged viewers to contact their state representatives regarding laws about statutes of limitations on sexual assault cases.

There was no immediate comment from Cosby's representatives. The comedian made a point of using his Twitter feed last December to thank Goldberg for supporting him.