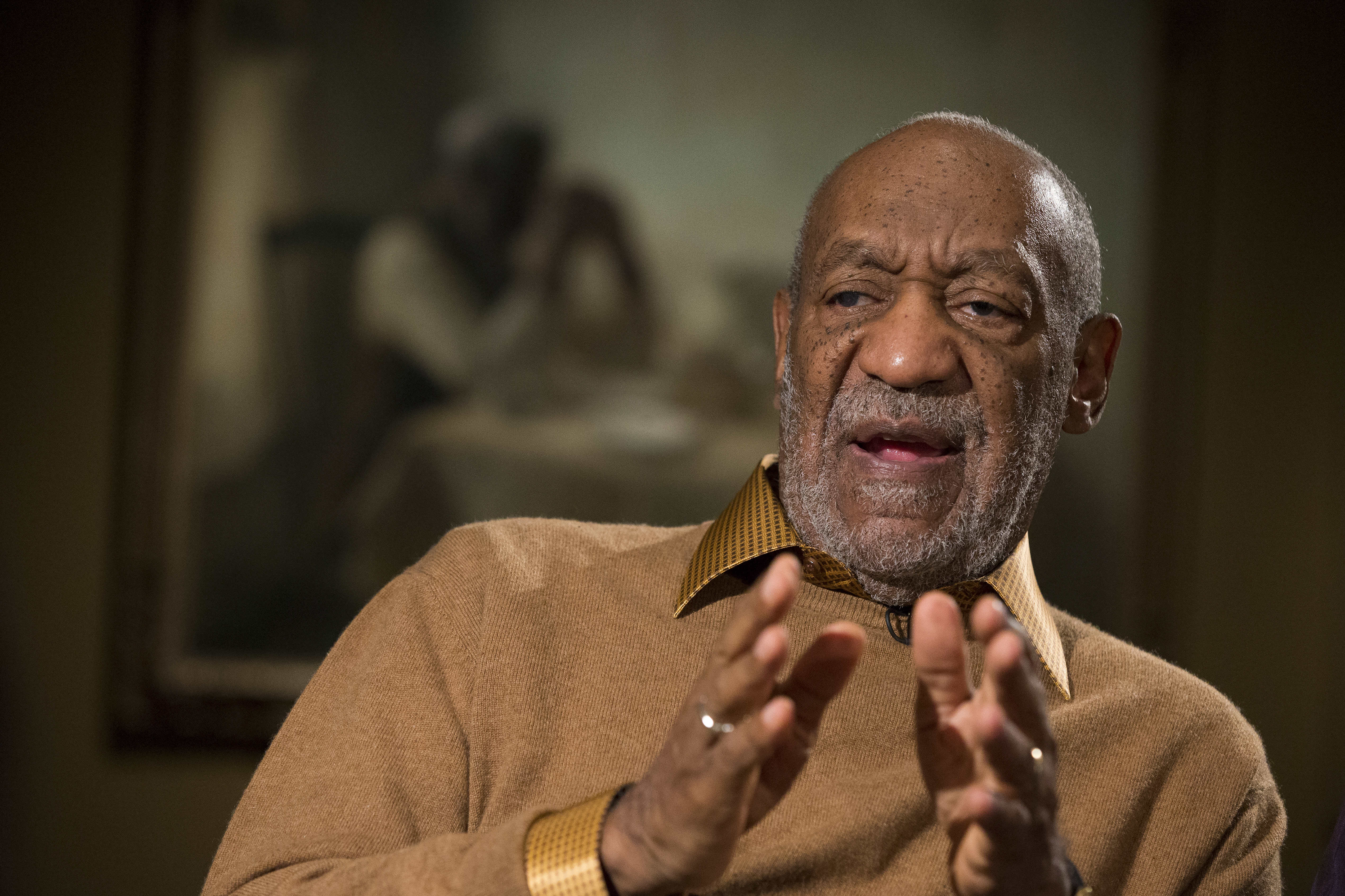 NEW YORK -- For decades, Bill Cosby cast himself as America's dad and then as America's granddad, a moralist with tough talk for young people about acting responsibly. It was that image that proved to be his undoing.

The judge who unsealed documents on Monday revealing Cosby's 2005 admission that he obtained quaaludes to give to young women before sex cited the comedian's public moralizing in deciding to release the testimony.

The testimony, from a decade-old lawsuit, has called into question Cosby's denials that he drugged and sexually assaulted women.

Cosby had fought the request from The Associated Press to unseal the material.

But U.S. District Judge Eduardo Robreno in Philadelphia ruled: "The stark contrast between Bill Cosby, the public moralist, and Bill Cosby, the subject of serious allegations concerning improper (and perhaps criminal) conduct, is a matter to which the AP - and by extension the public - has a significant interest."

Cosby's moralizing also triggered the most recent round of allegations by more than two dozen women who say he assaulted them. Last October, 31-year-old comedian Hannibal Buress set off the storm when he noted the contrast between Cosby's image and the accusations.

"He gets on TV, 'Pull your pants up, black people. I was on TV in the '80s! I can talk down to you because I had a successful sitcom!'" Buress said. "Yeah, but you rape women, Bill Cosby, so turn the crazy down a couple notches."

As leader of television's Huxtable clan in the 1980s, Cosby was the dad who did things right. It was a persona that made him beloved and rich.

And Cosby gave back. He and wife Camille offered millions in donations to colleges and other institutions across the country, including $20 million to Spelman College in 1988. He also freely gave advice and opinions on society's failings, which weren't welcomed as much as the money.

One such commentary, a decade ago during a commemoration of the 50th anniversary of the Supreme Court decision on segregated schools, was cited by Robreno in his ruling. Cosby criticized a lack of parenting among poor families, complaining about young people's poor speech, dress and dropout rates.

It was labeled the "pound cake" speech for this passage: "Looking at the incarcerated, these are not political criminals," Cosby said. "These are people going around stealing Coca-Cola. People getting shot in the back of the head over a piece of pound cake! Then we all run out and are outraged: 'The cops shouldn't have shot him.' What the hell was he doing with the pound cake in his hand?"

Even before Monday's release of testimony, the allegations had severely damaged Cosby's career. NBC walked away from plans to make another Cosby sitcom, TV Land took reruns of "The Cosby Show" off the air, and Netflix shelved plans to offer a new Cosby standup special.

Cosby mounted a standup comedy tour that was dotted with cancellations, and no further appearances are scheduled, according to the industry trade publication Pollstar.

The Bounce TV network, which is geared toward black viewers, announced Tuesday that it is taking its reruns of "Cosby," the comic's 1990s-era CBS show, off the air immediately.

It doesn't appear that "The Cosby Show" of the 1980s is airing regularly anywhere now in the U.S., said Bill Carroll, an expert on the syndication market for Katz Television. He said he doubts it will return while its star, who turns 78 on Sunday, is alive.

"You never say never," he said. "But I think in the foreseeable future, I doubt we're going to see 'The Cosby Show' returning."

It remains to be seen how many minds the newly released testimony will change. But actress and Philadelphia native Jill Scott, who had publicly supported Cosby last fall, said she was "completely disgusted" by what he had to say under oath.

"I stood by a man I respected and loved," Scott said via Twitter. "I was wrong."

Despite Cosby's admission under oath, it may only put the comedian in "some" legal jeopardy, according to CBS News legal analyst Rikki Klieman.

During the 2005 deposition Cosby said he got seven Quaalude prescriptions in the '70s but didn't say whether he used them on other women in the '90s, Klieman said.

"One of the things that his lawyers did in the deposition, which is not receiving a lot of news coverage, is that they stopped the deposition and that Bill Cosby says he misunderstood the question," Klieman said. "Yes, he used the Quaaludes, but with one woman. But again, there was a time in recreational drug use when people used Quaaludes consensually for sex."