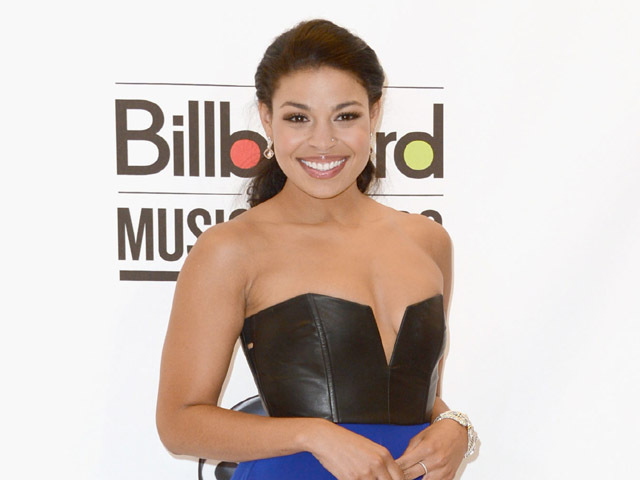 (CBS News) Jordin Sparks worked with Whitney Houston on the upcoming film "Sparkle," but the "American Idol" alum had never performed Houston's monster classic, "I Will Always Love You," before Sunday night.

The 22-year-old Sparks took part in a tribute to the late Houston at the Billboard Music Awards. The Millenium Award posthumous honor also featured John Legend singing a version of Houston's "The Greatest Love of All."

Houston's 19-year-old daughter Bobbi Kristina Brown could be seen in the audience getting teary-eyed and singing along.

Prior to the performance, Sparks told MTV News, "I've actually never performed this song before ever. It's one of the songs I've always been like, 'Leave that alone,' so it's nerve-racking for me. It's a lot of pressure I'm putting on myself, because I want to do it amazingly, but at the same time, whatever happens, I just want to be able to speak through the music."

Sparks and Houston recorded a song for the soundtrack to the film "Sparkle." The track, called "Celebrate," recently surfaced online. You can listen here.