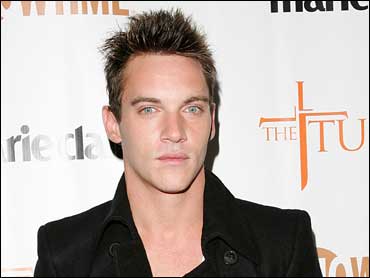 Actor Jonathan Rhys Meyers has entered rehab, according to a statement from his publicist.

"After a non-stop succession of filming, Jonathan Rhys Meyers has entered an alcohol treatment program," his publicist Meredith O'Sullivan said in a statement given to The ShowBuzz on Tuesday. "He felt a break was needed to maintain his recovery. Jonathan plans to resume his schedule following completion."

Meyers, 29, plays Henry VIII on Showtime's new series "The Tudors." According to the Web site IMDB.com, he has four films that have yet to be released this year.

"This is a difficult time," a spokesperson for Showtime told The ShowBuzz Tuesday. "We applaud his decision and we look forward to working with him on the second season of 'The Tudors' when it begins filming this summer."

The Irish-born actor starred in 2005's "Match Point" with Scarlett Johansson and won a Golden Globe for playing Elvis Presley in the 2005 mini-series "Elvis."