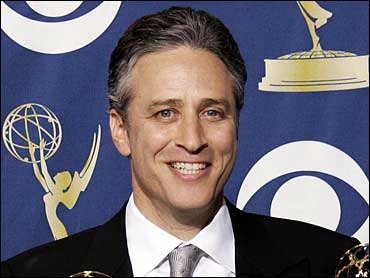 Jon Stewart will get a second shot at hosting the Oscars.

The Academy of Motion Picture Arts & Sciences announced Wednesday that Stewart will host the 80th awards show Feb. 24 at the Kodak Theatre in Hollywood.

Stewart got mixed reviews when he hosted the 78th annual awards. Some jokes fell flat and some critics expected the political satirist to be edgier.

Stewart jokes that he is thrilled to be asked for a second time, because the third time is a charm.