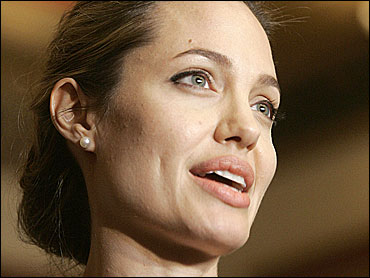 Angelina Jolie has received a Cambodian passport after being made a citizen of the impoverished Southeast Asian country.

Jolie can use the passport when she visits the native land of her 4-year-old son Maddox, Stephan Bognar, executive director of the Maddox Jolie project, said Tuesday.

The 30-year-old actress adopted Maddox from Cambodia in 2002. She has a 9-month-old daughter, Zahara, who was adopted from Ethiopia earlier this year.

Bognar said Jolie was "ecstatic and thrilled" last month when he handed her the passport and an official copy of a royal decree giving her Cambodian citizenship.

"Maddox was there and she showed him" the passport, he said.